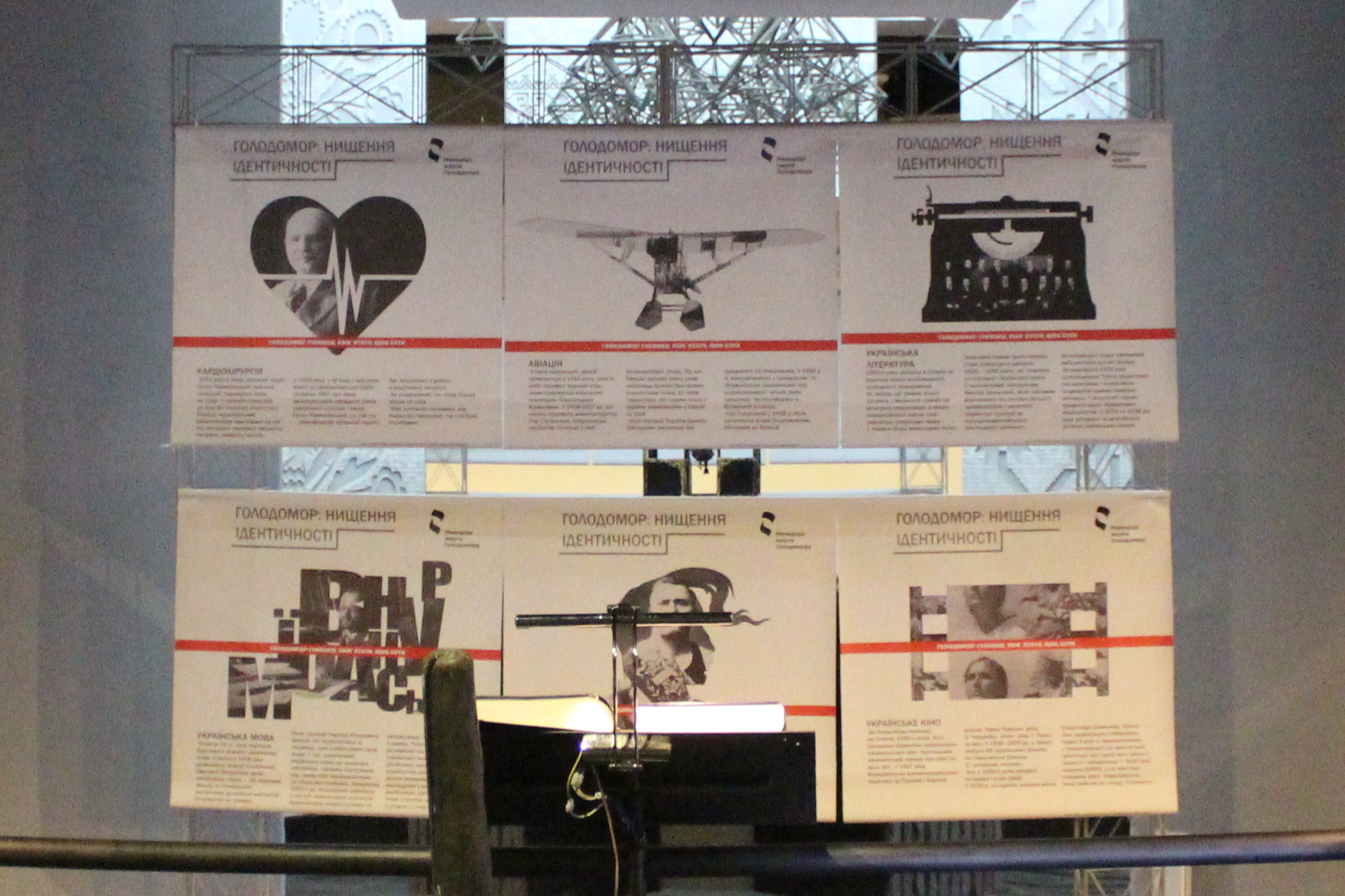 "Holodomor: Identity Destruction" Project Was Opened in the Museum

In November 2018, to the 85th anniversary of the Holodomor, museum in cooperation with the Kyiv Metropolitan, implemented an educational project “Holodomor: Identity Destruction”  in the trains of the metropolitan metro. This is a series of informational posters on unique subjects and phenomena of culture and science, social development and everyday life, about Ukrainians who changed history, and at the beginning of the twentieth century. defined the nation, ready for a sovereign life, about everything that constitutes our identity.
From February 13 to April 30, 2019, posters will be shown at the Museum’s Hall of Remembrance. Who did not see with the project on the subway, can do it at the Holodomor Victims’ Memorial. We invite everyone to the museum!
Also, the National Museum Holodomor Victims’ Memorial, with the purpose of informing Ukrainian citizens about the Holodomor, organizes the exhibition of the project in Ukraine. Please contact us at (044) 254-45-12 or at [email protected]
In addition, the museum offers educational and cultural institutions the following information exhibitions:
“We were killed because we were Ukrainians.”

“The Stolen Childhood: Children during the Years of 1932-1933 Holodomor”

“Photo exhibition “The Observers of Truth“.

“The people of the truth. World to know.

We are open to cooperation!