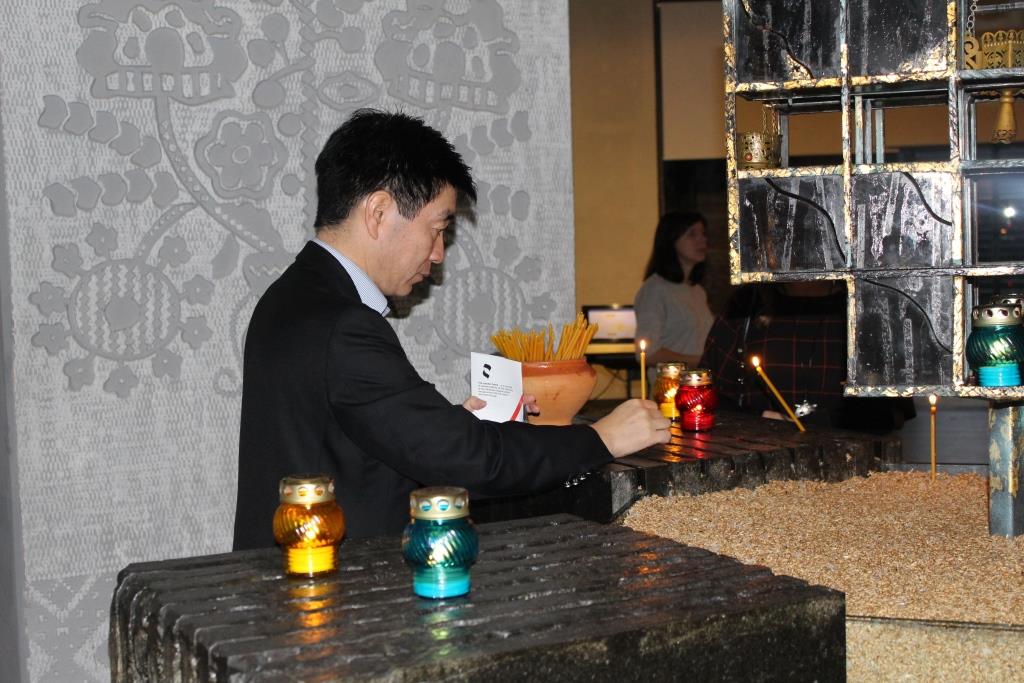 Representative of the famous Japanese corporatoin visited the museum

One of the first visitors to the National Museum “Holodomor Victims Memorial” today was the representative of the Japanese company Panasonic Terry (Tetsuya) Kawasima.
After listening to the tour, Mr. Kawasima was shocked and confessed that Japan had little knowledge of the Holodomor, in particular, he first heard of such a brutal and massive crime of Soviet power. Interpreter Svetlana Zhuraeva helped him to penetrate into the Ukrainian context, thanks to her assistance, a representative of a Japanese company learned about our museum and expressed the desire to visit him. Tetsuya and Svetlana commemorated the victims of the Holodomor with a minute of silence and installation of candles on the “Altar of Memory”. A rigid attention of a representative of a company, which specializes in the manufacture of technical devices, drew a full-length projection of films on the walls of the “Hall of Memory” in our museum, which helps the visitor dive deeper into the subject of the Holodomor.
“I hope that such a tragedy will never happen again. In order not to happen, we need to remember this story. Thank you”, – wrote Mr. Kawasima in the visitor’s book.