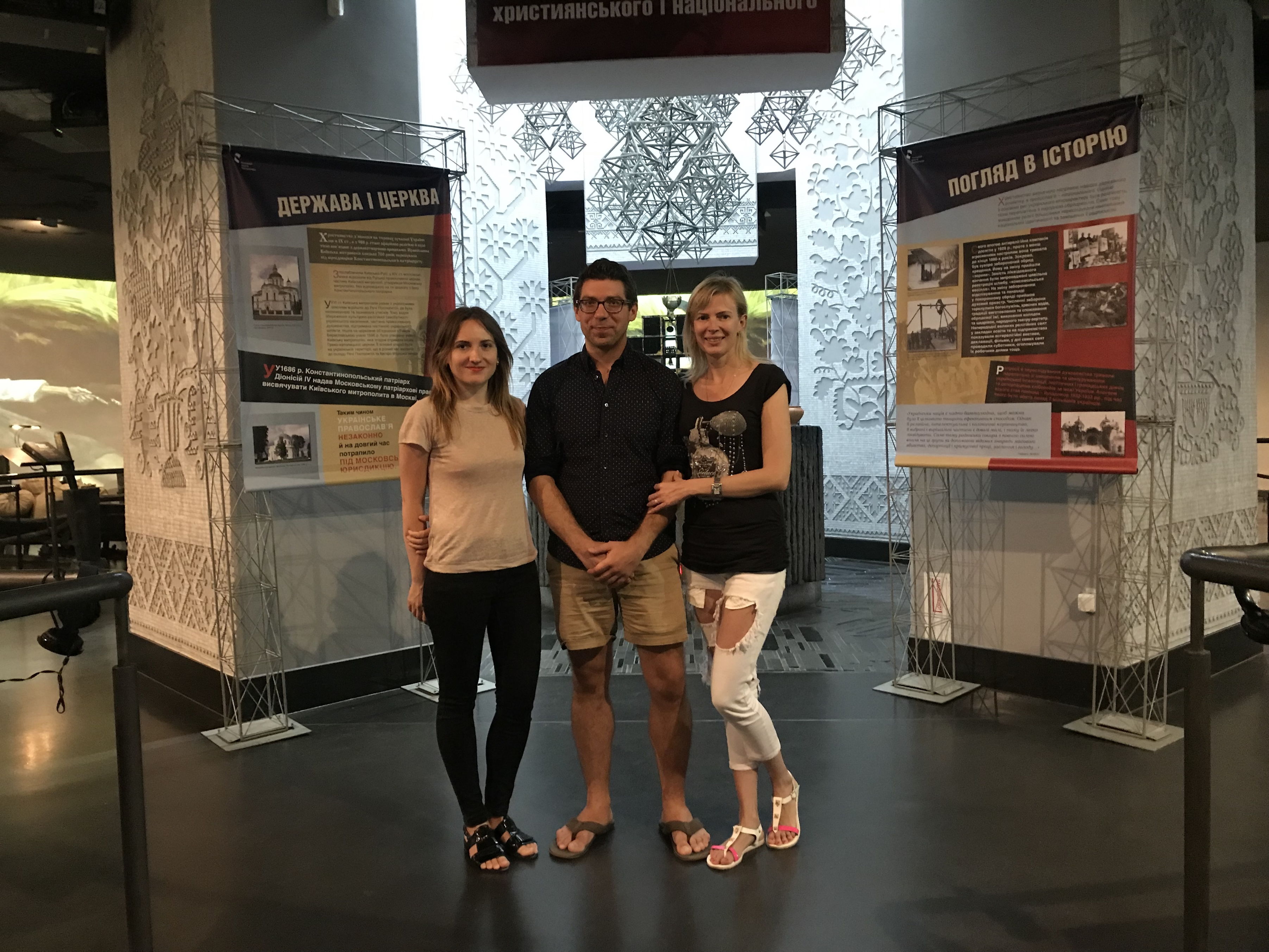 The museum was visited by American researcher of literature and visual culture Nick Kupensky. Soon, his book on the image of DniproGES in American literature and visual culture (photos, video chords, etc.) will come out. The researcher also sharpens the attention to the Holodomor-genocide during the policy of industrialization in the USSR. For example, on James Abbe’s photographs, on the background of the already constructed DniproGES we notice a long queue of people for bread, and we understand the true cause of this phenomenon – the Holodomor.

We look forward for further discoveries by a researcher at the College of the Bodensee (USA) because the book will contain a lot of archival materials from the United States, as well as memoirs of the witnesses of the construction of the DniproGES. Therefore, we are waiting for new evidence of the Holodomor.

So far, we present the article written by Mr. Nicholas, published on “Ukraine Modern,” where you can get acquainted with the main ideas of the book.