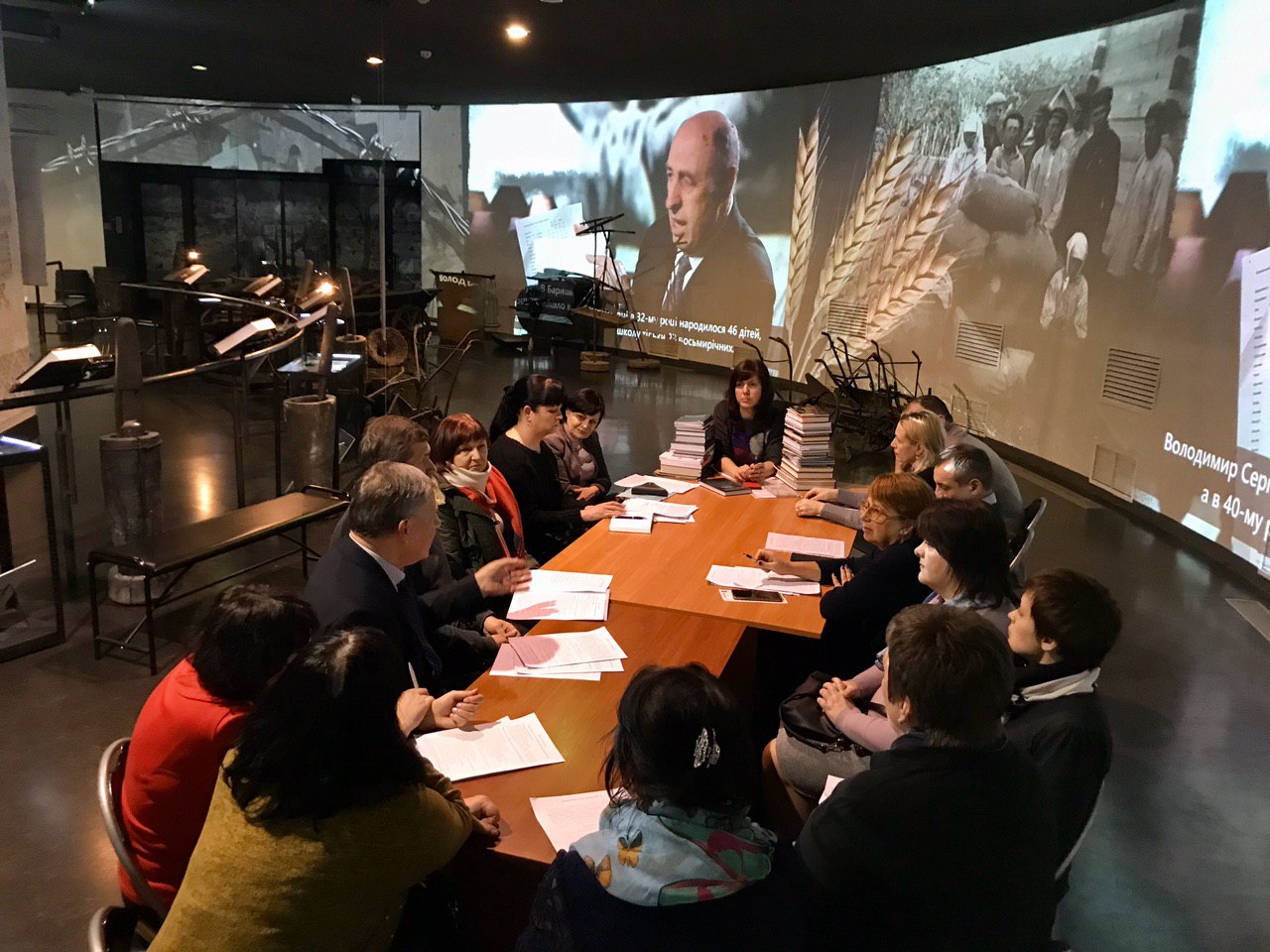 “Struggle for Consciousness” is a New Project of the Museum

On March 2, a joint meeting was held at the Holodomor Museum to implement the “Struggle for Consciousness” project.

The project will provide national, regional universal scientific libraries of Ukraine and libraries of higher educational institutions of humanitarian and historical profile with new editions, which are intended to fight for consciousness, first of all, of the consciousness of the youth, which forms the national Ukrainian elite. The project will help to tell  the truth about the different chronological periods of Ukraine’s history, destroying long-established Soviet stereotypes, including the Holodomor, genocide of the Ukrainian nation in 1932–1933. Today, such projects are very rare, but the need for them to form Ukrainian patriotic civil society is enormous.

The meeting was attended by the representatives of:

The participants of the meeting agreed to sign a joint memorandum, as well as to unite efforts to implement this project.

Recall that in 2019, the National Museum of the Holodomor-Genocide and a branch of the Museum, the Holodomor Research Institute, together with  All-Ukrainian Human Rights Organization “Memorial” of Vasyl Stus and Security Service of Ukraine implemented the educational patriotic project “Books for 100 Libraries of Ukraine: Struggle for Consciousness”. The project was aimed at replenishing the funds of scientific libraries with modern scientific and popular science editions on the history of the twentieth century, including the topic of genocide of the Ukrainian nation, the Holodomor of 1932–1933.