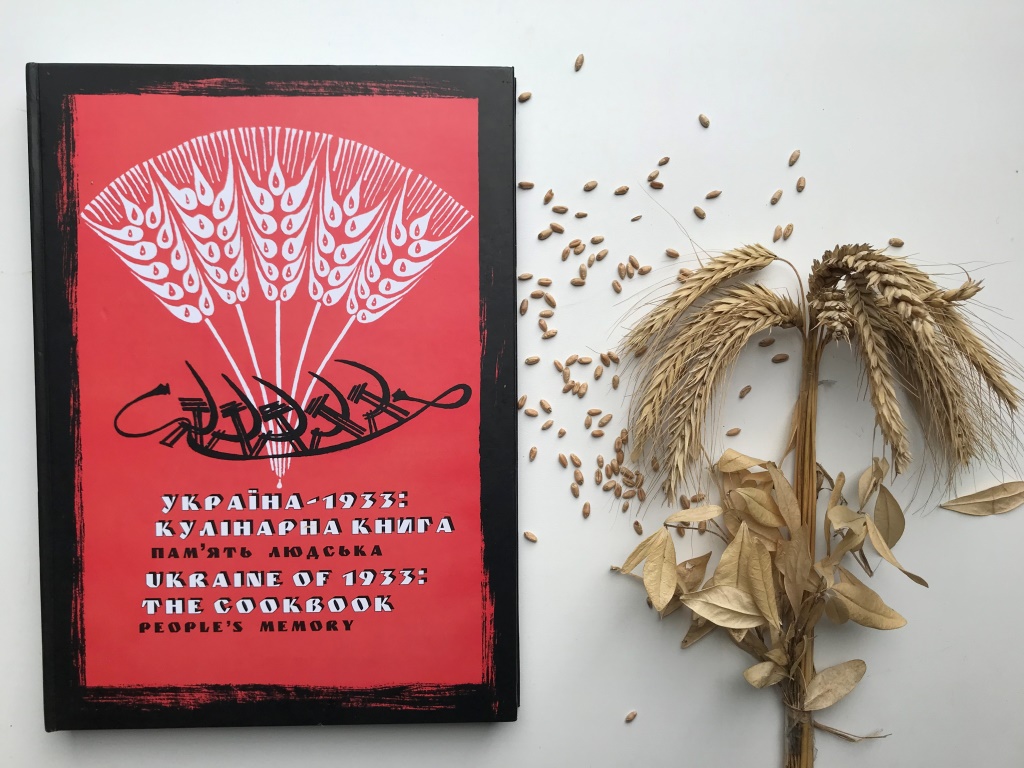 Library of the Holodomor Victims Memorial was supplemented by the publication Ukraine – 1933: Culinary Books. Human Memory. The book was published in Sumy. It can be divided into three parts:

“A series of engravings starts from the pictures of the sticks which were used for searching the farmers’ products after collecting the last crumbs from the table. The artist added the Soviet symbols to each stick because in the minds of the Ukrainian farmer, the sickle and hammer are still associated with the words “death and hunger.” Each graphic sheet is accompanied by the text: “Ukraine – 1933”. The role of quotes in the text of the engravings is performed by red stars, which constantly remind us of the time when our Motherland in the “zone.” Yevhen Sverstiuk wisely said of this in his time, “We were all in the zone, some – on this side, others – on that,” says art historian Petro Nesterenko.