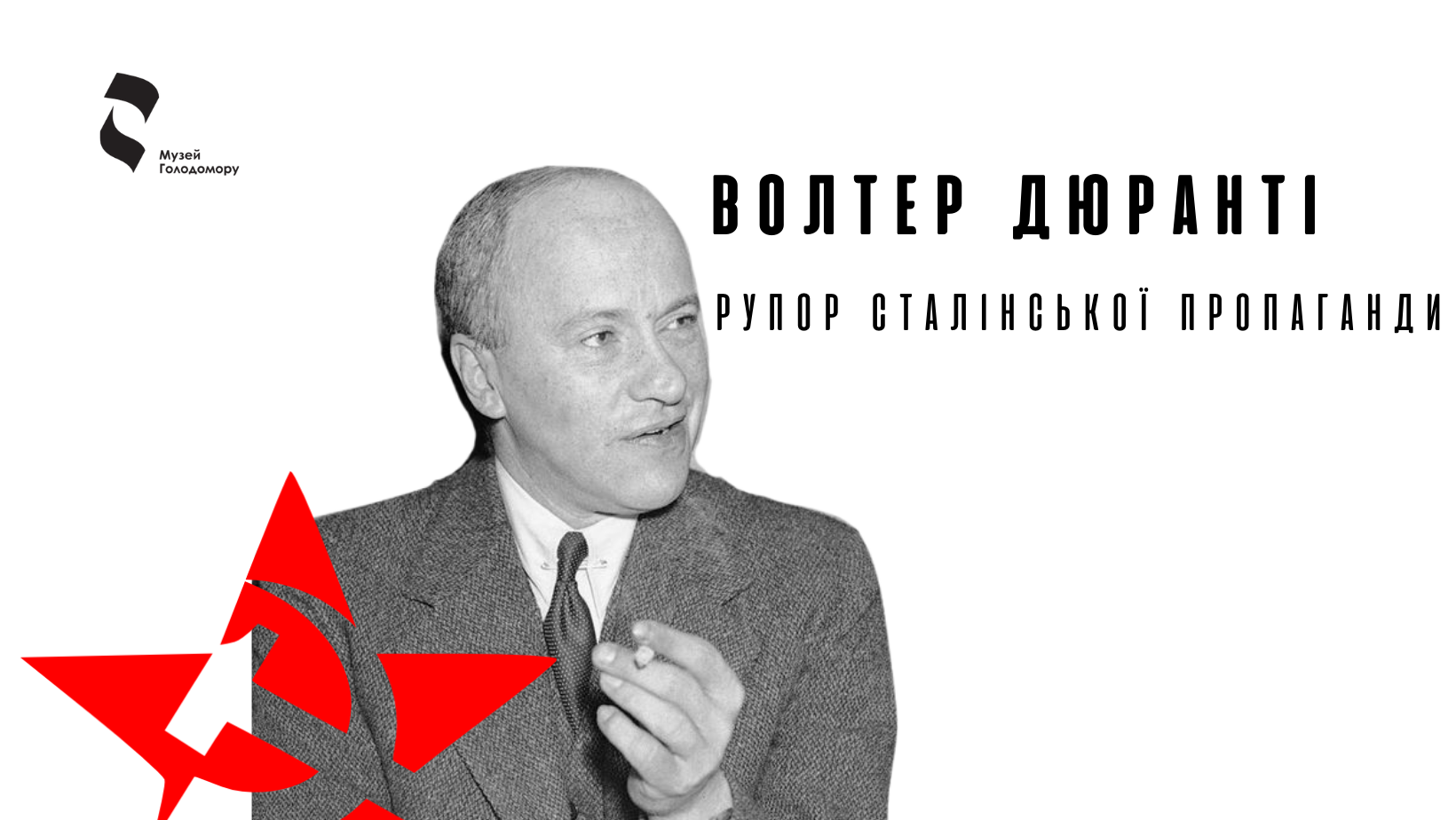 The collection of signatures for a petition to withdraw the Pulitzer Prize from journalist Walter Duranty (1884-1957) continues. The petition was initiated by the US Holodomor Genocide Committee with the support of the Embassy of Ukraine in the United States.

Voltaire Duranty received the High Professional Prize in 1932 for a series of reports for the New York Times from the Soviet Union on Joseph Stalin’s collectivization program. The journalist denied the Holodomor in Ukraine in his materials and publicly.

“The petitioners’ goal is to gather enough signatures to ensure that the Pulitzer Committee does not continue its policy of ignoring long-standing appeals from the Ukrainian community in the United States and will contribute to the 90th anniversary of the Holodomor-genocide of the Ukrainian people ща 1932-1933 in Ukraine- deprivation of Walter Duranty of the mentioned award, ” – it is stated in the Ministry of Foreign Affairs letter.

A citizen of any country in the world can sign the petition. To do so, click on the following link:

“The Pulitzer Prize is an outstanding and prestigious award given to worthy journalists who establish a reputation for telling the truth,” the petitioners stated. -In the case of Duranty, it was awarded to a person who did not meet the criteria of journalistic ethics or the award’s standards but who spread false information about the totalitarian regime all over the world. The Holodomor was the greatest covert crime of the twentieth century. It is still not very well known, as it has been suppressed for more than 50 years, and Duranty denied and mocked real journalists because he was considered an authority on everything Soviet.”

It should be noted that the campaign to deprive Duranti of the Pulitzer Prize has been ongoing for nearly 20 years. For example, in 2003, following a Ukrainian community initiative and a study by Columbia University professor Mark von Hagen, the New York Times and the Pulitzer Prize Commission concluded that “there was no clear and convincing evidence of deliberate deception” to remove Walter Duranty from the list of the Pulitzer Prize winners. As a result, they decided against withdrawing the award. Although the commission recognized the journalist’s reports had serious flaws by today’s standards.

In November 2007, a public campaign in Kyiv demanded the revocation of Duranty of the Pulitzer Prize.

“Almost 90 years later, journalistic ethics and the truth about the Stalinist genocide against the Ukrainian people must be recognized. Crimes against humanity require responsibility, the petitioners emphasize.-Depriving Walter Duranty of the Pulitzer Prize would be a significant act of penance for The New York Times and the Pulitzer Prize Council’s wrongdoing. Withdraw!”