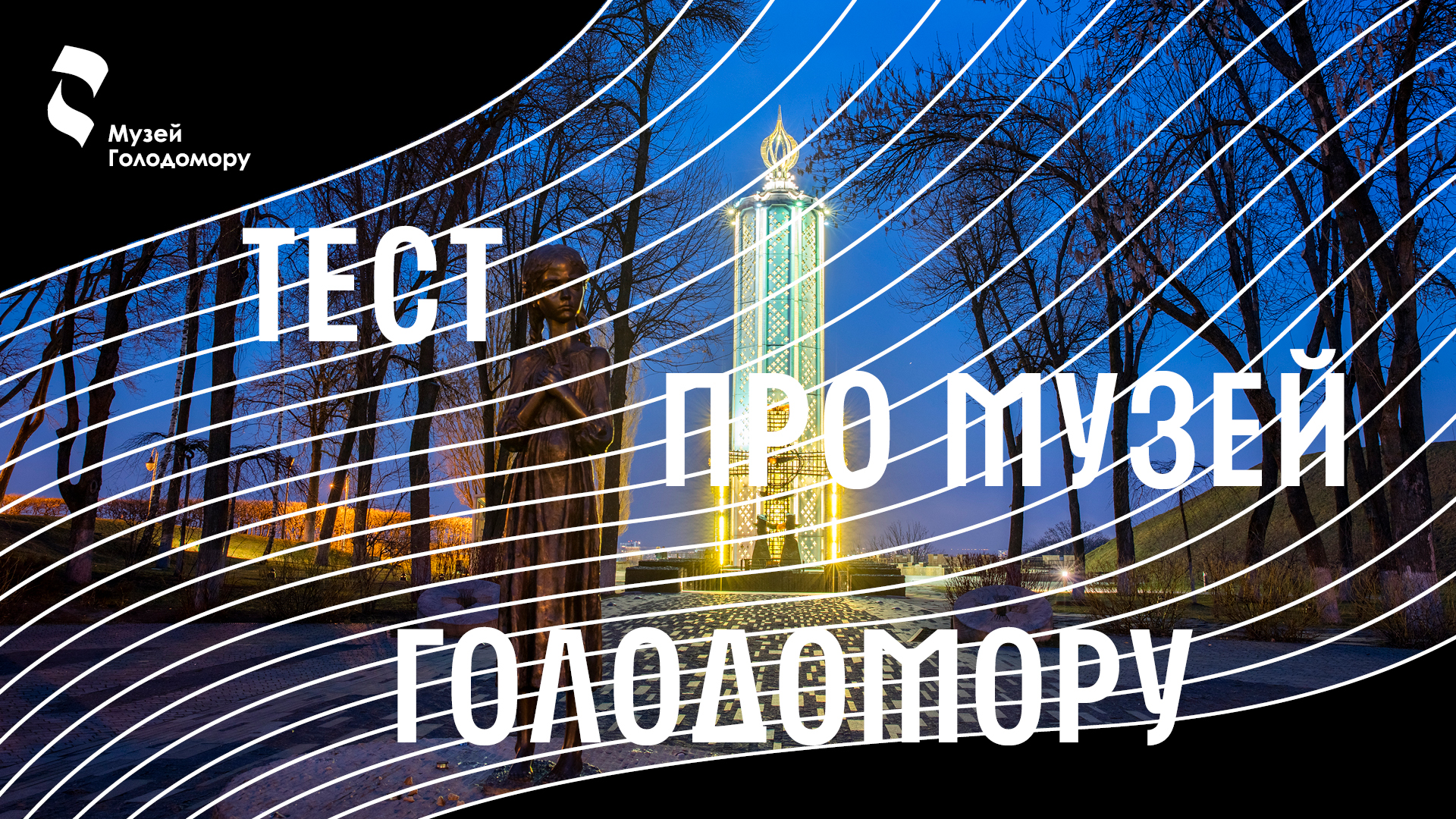 Test: What Symbols Does the Holodomor Museum Have?

❓What does the world-famous sculpture of the girl “Bitter Memory of Childhood” hold in her hands?

❓How many pairs of millstones are there on the square of the Holodomor Museum and what do they symbolize?

❓Which of the regions is not represented by a separate volume in the National Book of Memory of the 1932–1933 Holodomor Victims in Ukraine?

The museum team has created an interactive test, that tells about the symbols embedded in the Holodomor Museum building.

The National Museum of the Holodomor-Genocide was created to honor the memory of millions of people who were killed by a famine artificially created by the Soviet authorities in 1932–1933. An act of genocide was committed against the Ukrainian people. It killed 7 to 10 million people.

Find out more about our museum by answering 10 questions about it, and after the quarantine we invite you to take tour!