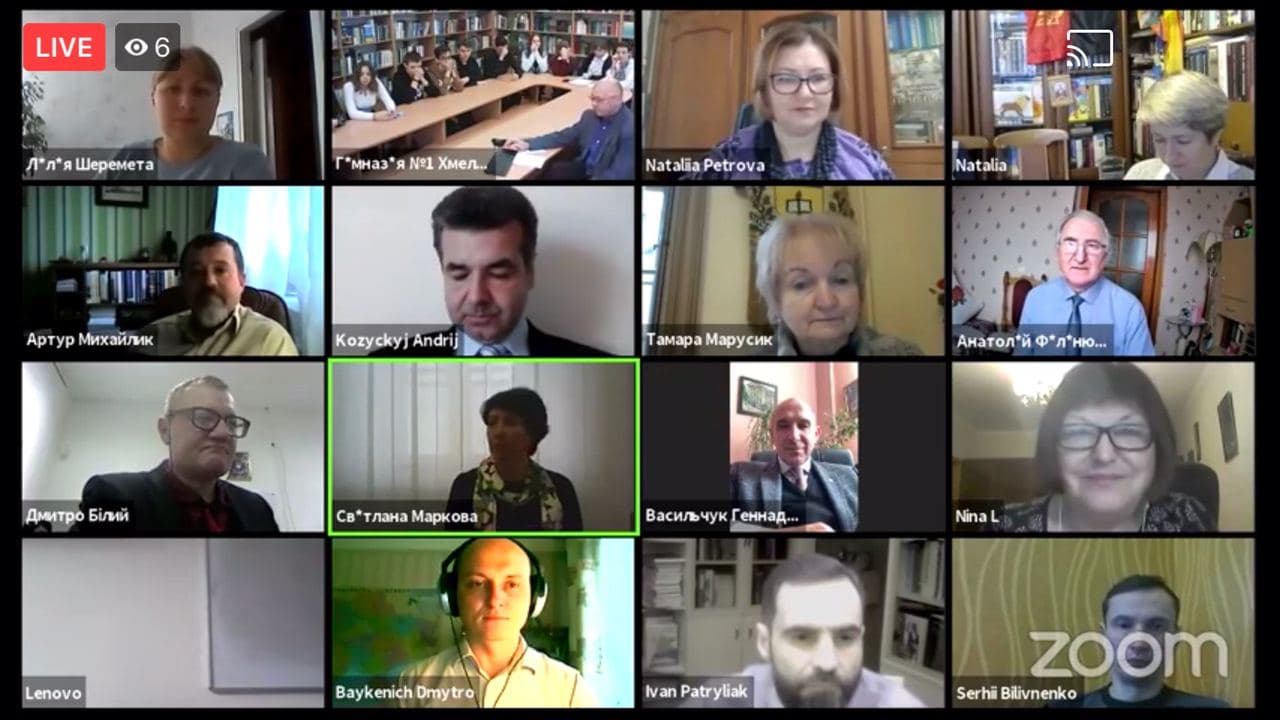 Leading Ukrainian and foreign scholars took part in the event.

The aim of the conference was the interdisciplinary exchange of the researches on the Holodomor genocide between the scholars in the fields of history, political science, law, medicine, statistics, sociology, criminology, pedagogics, anthropology, historical demography, social psychology, historical geography, etc.

Director of the Holodomor Research Institute, Doctor of History Svitlana Markova noted at the opening, “Such cooperation will contribute to fundamental research of Ukrainian and Westarn scholars, renewal of the conceptual and categorical apparatus, correlation of research practices with modern ideas about methodology and scientific methods.”

The meeting was moderated by Svitlana Markova.

The discussion was moderated by Dmytro Bilyi.

During the conference, the participants discussed the following topics:

Conference proceeding will be published in a collection.