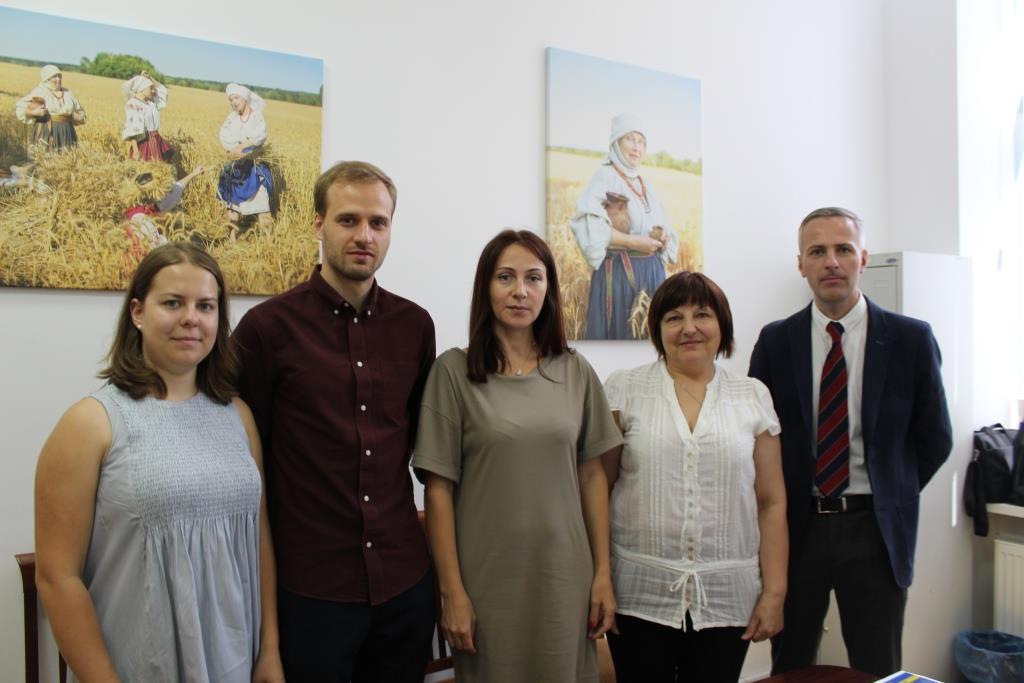 On July 5, 2018, representatives of the Estonian Institute for Historical Memory, Elmar Gams and Michaela Snopkova, visited the Holodomor victims Memorial.

Guests from Estonia thanked the Holodomor Victims Memorial for supporting the initiative to set up a Research Center and Museum of Crimes of Communism in Tallinn. According to the views of representatives of the Estonian Institute of Historical Memory, the Research Center will help to understand the mechanisms and ideology of the crimes of the communist regimes, as well as, to analyze their historical significance.

During the meeting, further cooperation between the institutions was discussed. At the end of the project, the staff of the museum have shown to the guests the Memory Hall and the territory of the Memorial.

Estonian Institute of Historic Memory was created in 2008. The main task of the Institute is to provide citizens of Estonia with a comprehensive and objective review of the human rights in Estonia during the Soviet occupation.