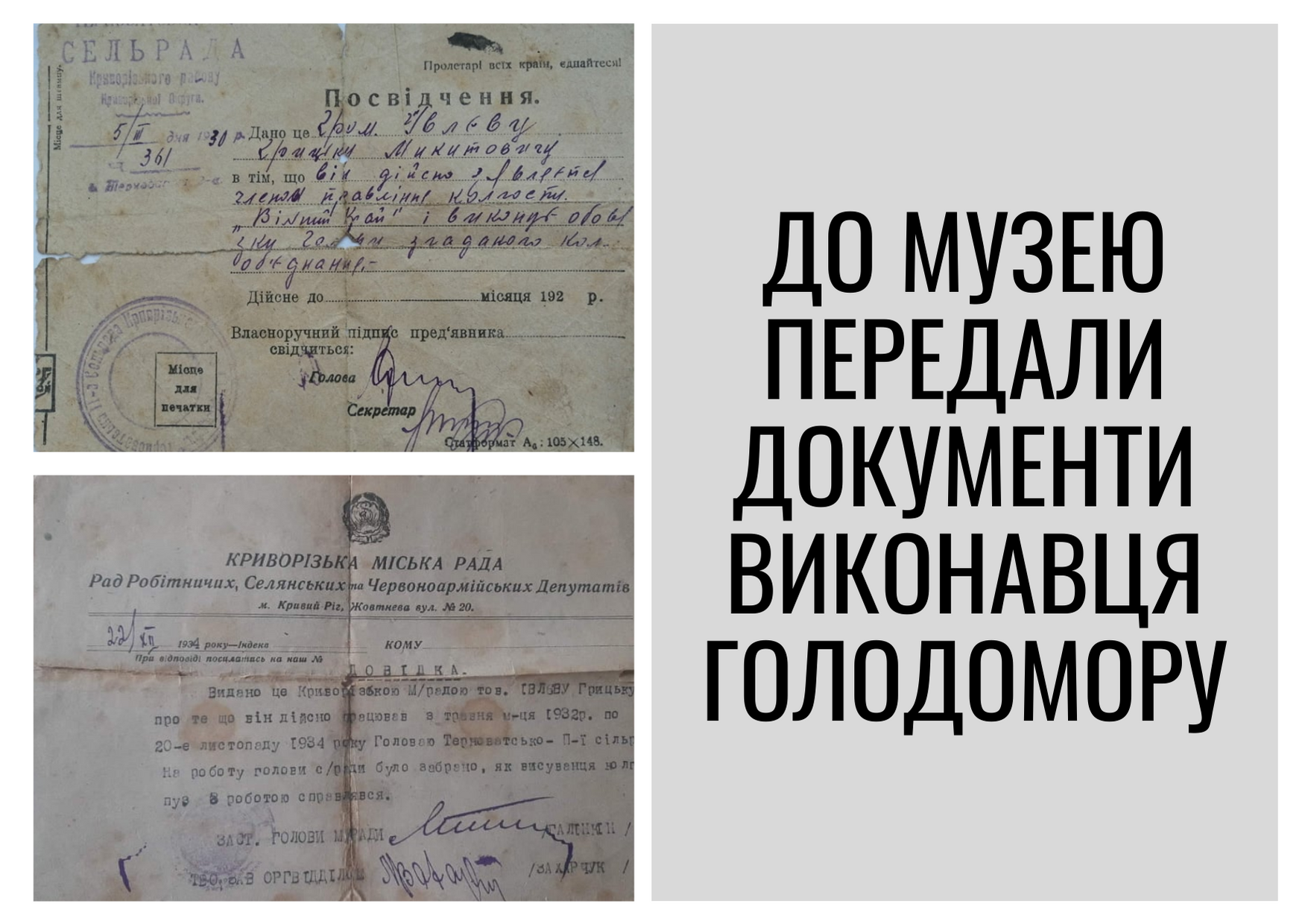 The documents of the Holodomor perpetrator were transferred to the museum

On June 26, 2021, Inna Vlasova from the city of Kryvyi Rih donated 15 documents to the Holodomor Museum, which were kept in her family archives. They tell about the events of collectivization, grain procurement and the Holodomor genocide.

In 1932–1933, Inna Vlasova’s great-grandfather Hrytsko Ivlev was the chairman of the Ternuvatka village council in the Dnipropetrovsk region and carried out the criminal orders of the communist totalitarian regime. He was also a member of the board of the local collective farm, and later he became the director of the Shyrokiv machine and tractor station. So he joined the organization of starvation of his fellow villagers. Now the family has decided to transfer the documents of that period to the museum.

At the presentation of the collection of documents The Holodomor genocide of 1932–1933 in Dnipropetrovsk region: scale, consequences, compiled by Natalia Romanets, an employee of the Holodomor Research Institute, Inna Vlasova met the researcher and told her the story of her family.

The transferred materials, which shed light on the regional history of the genocide of Ukrainians, will be included in the exposition of the second stage of the Holodomor Museum, the construction of which is underway.

If you have photos, documents or other things about the Holodomor genocide, contact us by e-mail [email protected]. Every such thing is priceless and worth preserving.