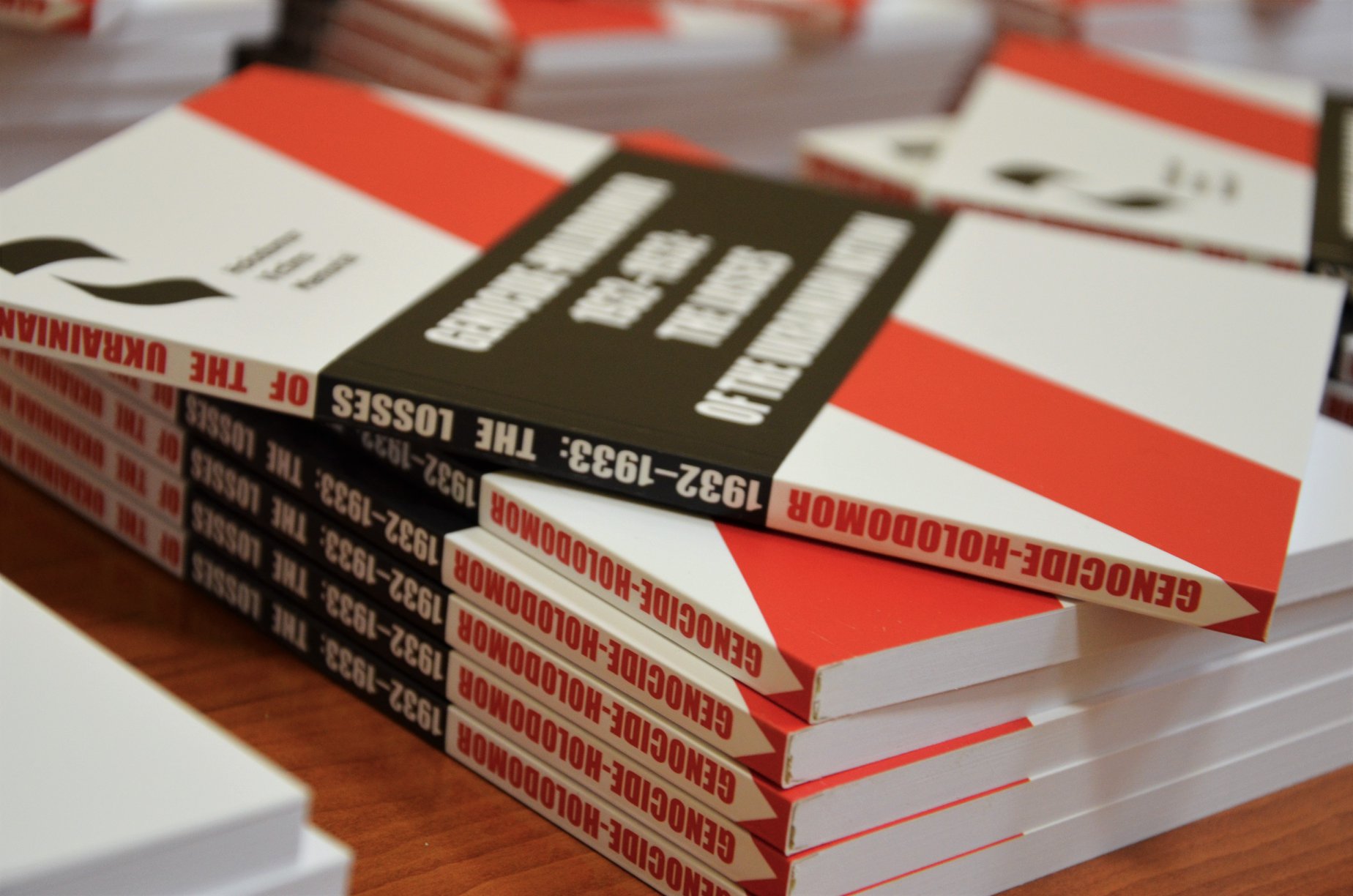 The English version of the Proceedings of the Materials of the conference "Genocide-Holodomor of 1932-1933: the losses of the Ukrainian nation" was presented in Diplomatic Academy of Ukraine

On November 12, 2018, the Holodomor Victims Memorial in Gennady Udovenko Diplomatic Academy of Ukraine at the Ministry of Foreign Affairs presented an English version of the Proceedings of the Materials of the International Scientific and Practical Conference “Holodomor of 1932-1933: the Losses of the Ukrainian Nation”.

The book is designed for a wide audience all over the world. It should become particularly useful for the representatives of foreign diplomatic missions in Ukraine and Ukrainian diplomats, in order to increase the awareness of Holodomor history among diplomatic staff.

The event was attended by Deputy Director of the Diplomatic Academy Natalia Shulga, General Director of the National Museum “Holodomor Victims Memorial” Olesia Stasiuk, Senior Collections Specialist of National Museum “Holodomor Victims Memorial” Nina Lapchynska. The participants of the meeting discussed the need to continue the study of Holodomor-genocide and other crimes of the communist regime. Only through the study and comprehension of the history of genocide can we prevent such crimes in the future.

Also, all present participated in the International Action “Let’s Light a Candle of Memory!”  devoted to the 85th anniversary of Holodomor-genocide.