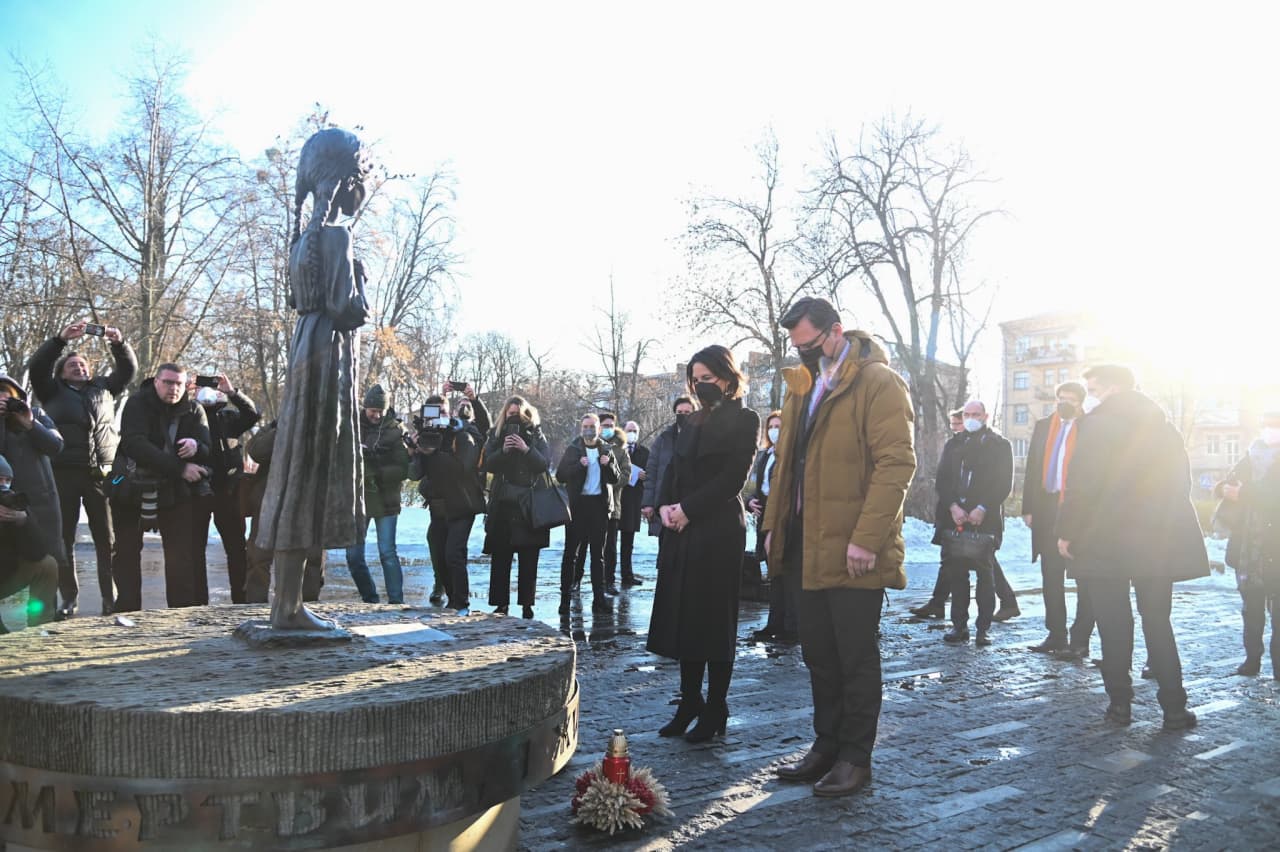 “The visit of my German colleague Annalena Baerbok to Ukraine has begun with visiting the National Museum of the Holodomor-Genocide. We are working to ensure that the genocide of Ukrainians receives the broadest possible international recognition, particularly in Germany, ” Kuleba wrote.

In honor of the victims of the Holodomor genocide, ministers placed decorative compositions of ears of grain and viburnum ears to the Bitter Memory of Childhood sculpture and lit candles at the Altar of Memory. Afterward, the guests visited the updated exposition of the Hall of Memory, where they learned the history of the genocide of Ukrainians committed by the communist totalitarian regime and got acquainted with the activities of the Museum.

The ministers will hold talks, the key topics of which will be coordination of efforts within the Normandy format, implementation of a comprehensive containment package, development of trade relations, strengthening energy security, intensification of dialogue on Germany’s historical responsibility to Ukraine, Ukrinform reports.