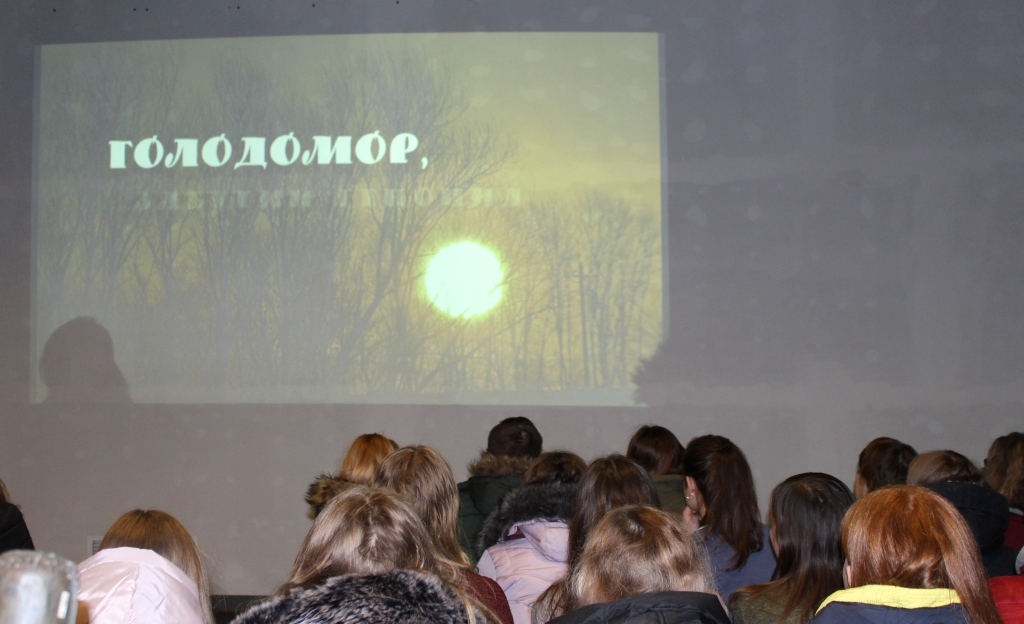 The film "Holodomor. Forgotten Genocide" and the meeting with the author of the film Benedict Banet at Holodomor Victims Memorial

On November 26, the National Museum “Holodomor Victims Memorial” showed a full-length documentary about the destruction of Ukrainians by starvation 85 years ago. The film was presented by the author of the script, director and operator – Benedict Banet (Paris, France).

The impulse for the film was the acquaintance of an author with a Ukrainian woman in France, whose father survived Holodomor. Stroke by these words, in 2010, Benedict Banet arrived in Ukraine and started to work on the film.

The purpose of the film is to bring to the well-being modern Europeans the pain and unbearable sufferings experienced by the Ukrainian people and, first of all, Ukrainian peasants. The artist came to Ukraine twice to make the shootings – first, in the summer of 2010 and then in February 2011. In the conditions of 40-degree heat, under the rain in the summer and in frost of -25°C –-30°C, 65 hours of video were taken. They were shortened to 90 minutes of the movie. Symbolically, the shooting began on July 14, on the day of France’s largest national holiday.

The author dedicated the film “Holodomor. Forgotten Genocide to all those who survived the famine. All Holodomor witnesses shown in the film impressed the author with their emotions, the sufferings they`ve survived, an unbroken spirit and the sense of self-esteem.