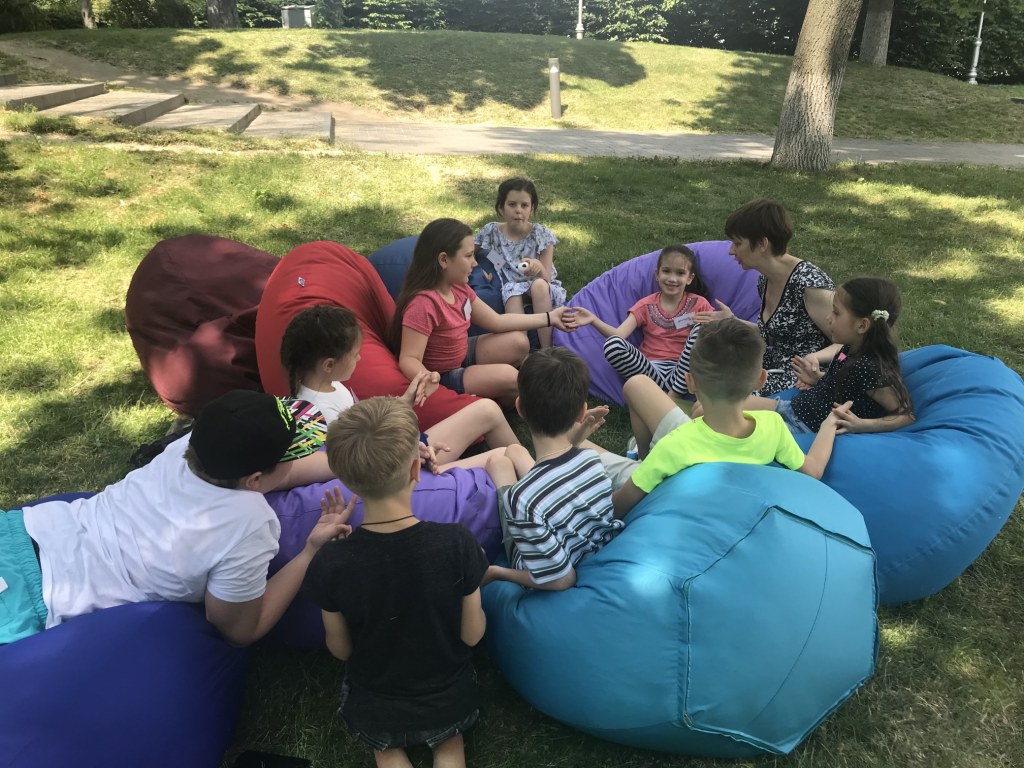 The first week of the bright events of the educational program “Summer in the Museum” in the National Museum “Holodomor Victims Memorial” has ended.

During this week, 12 children had a lot of different activities! These were games, among them the old traditional, which children first learned in our museum, and the new modern ones – “Wolf and the Geese,” “Chains,” “Plutanka.” The children invented a new game “I- I, repeat.” We learned to play checkers and even held a tournament! With pleasure, they played quads, jumped with ropes, played various ball games.

It was also a favorite thing to listen to folk Ukrainian fairy tales, to discuss them. The children’s theater studio started!

Children also have the opportunity to learn English while playing games and singing songs.

The pearl of each day were workshops, which brought the children to the traditional skills of Ukrainians. The children painted Easter eggs, learned how to make a horse-toy, and made a soft toy.

Special attention in our program is paid to the history of the Ukrainian people. This thematic block has absorbed a variety of forms of communication with children. This are sightseeing and thematic excursions to the Holodomor museum, making candles as a symbol of memory of all the Ukrainians starved of death,  discussions “Family – Gen – Ukraine” and “What is a Memory Book?”. The children visited the National Museum of History of Ukraine in World War II and the Book and Printing Museum of Ukraine.

Little homework allowed the children to communicate more closely with their parents, ask their relatives about their childhood, their favorite games, books, cartoons, about the whole generation of their ancestors, to find family history of their relatives who survived the Holodomor, to draw a Family tree.

Another week of incredible adventures and unforgettable impressions from “Summer in the Museum” are ahead!!!