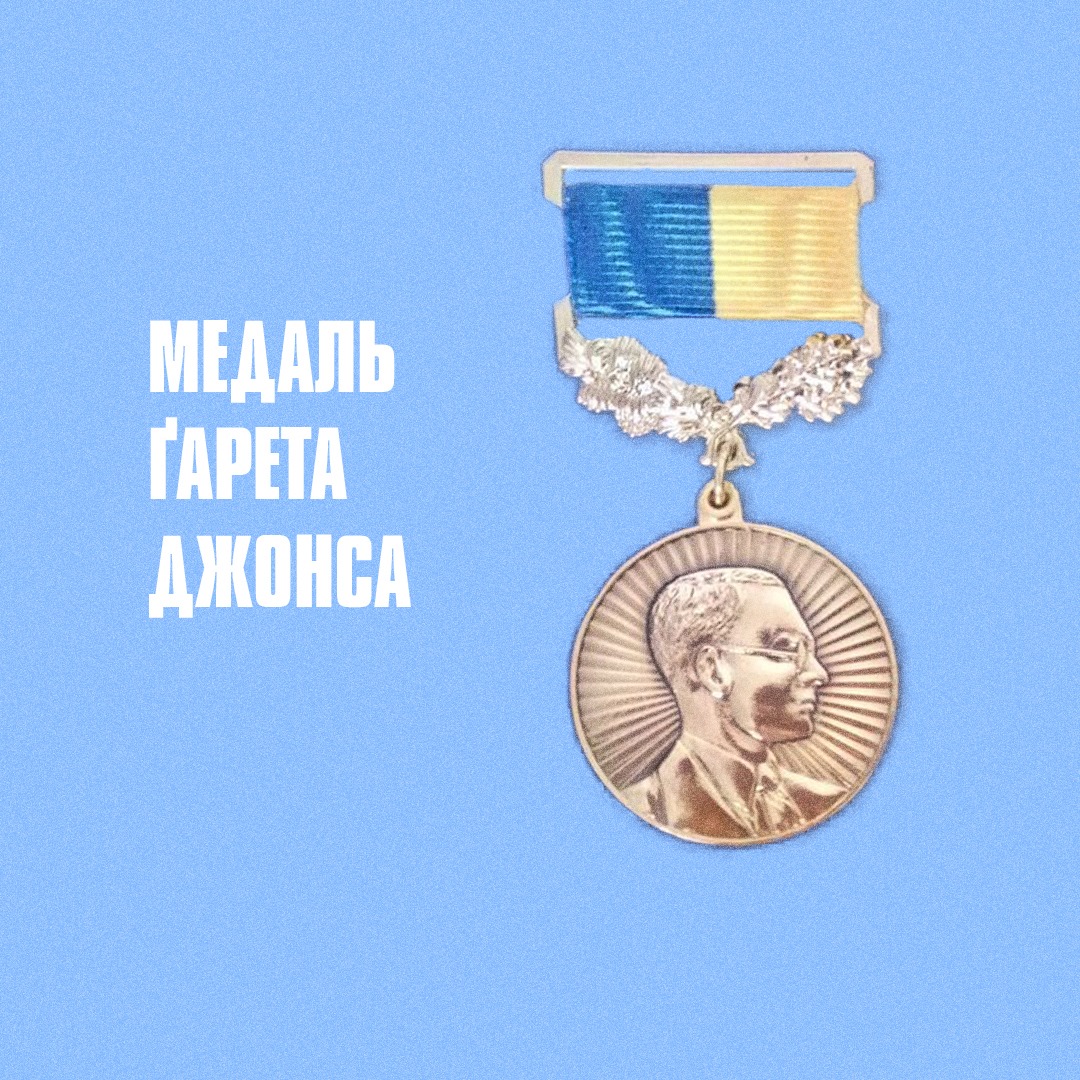 Olesya Stasiuk, Director General of the National Museum of the Holodomor Genocide, has been awarded the Gareth Jones Medal. It was announced today, December 10, during the International Scientific and Practical Conference “Human Rights: From Declaration to Promoting.”

The staff of the Museum and the Holodomor Research Institute sincerely congratulate Olesya Stasiuk on the prestigious award, which is a testament to her high professional standards, steady position in the search for and study of truth, and desire to bring to a society previously unknown pages of Ukraine’s tragic past. May the prestigious award serve as an impetus for even more significant achievements and breakthroughs in work and scientific research!

The Gareth Jones Medal is a non-state, special-status award, founded in 2019 by the Institute of Journalism of Taras Shevchenko National University of Kyiv, to honor and reward journalists, scientists, publishers, and philanthropists for their significant contributions to the Holodomor and mass man-made famines of 1921–1923 and 1946–1947 studies. The award is agreed by the Academic Council of Taras Shevchenko National University’s Institute of Journalism.

The award is named after British journalist Gareth Jones. The slogan of the award is “Truth and Honor.” As is known, in 1932-1933, when the Soviet Union was trying to hide the truth about the famine in the UkrSSR, Gareth Jones told the world about what was really happening in Ukraine. These are high standards of journalism and scientific work. And these are the standards that journalists and scientists who study the tragic pages of history must meet.