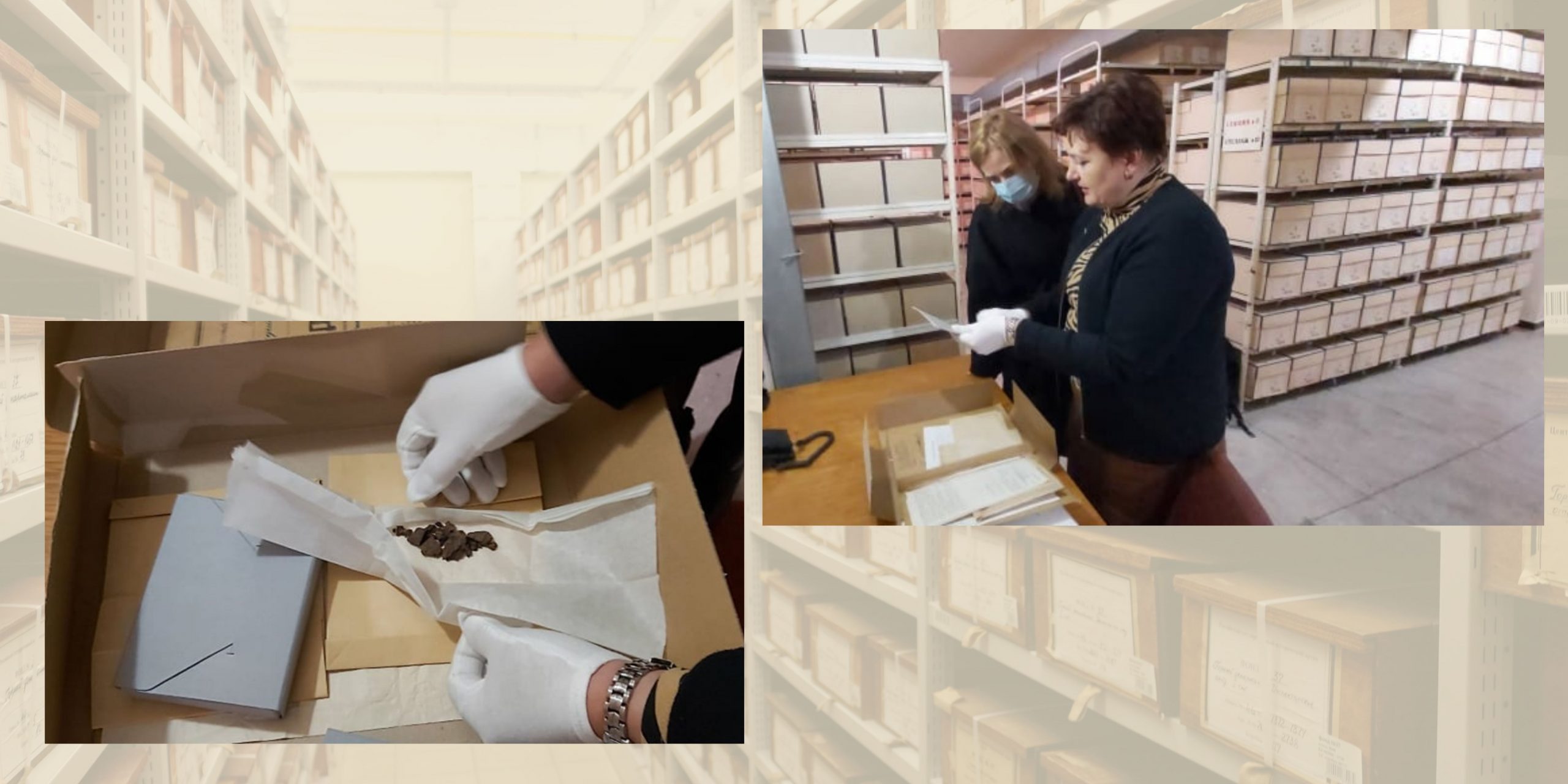 The Holodomor Museum continues to cooperate with Ukrainian archives

The Holodomor Museum actively cooperates with the central and regional archival institutions of Ukraine. Long-standing partnerships have been established, in particular, with the Central State Archive of Public Organizations of Ukraine (CSAPO of Ukraine).

On October 20, the Director-General of the National Museum of the Holodomor-Genocide visited the Central Museum of the Holodomor of Genocide. Olha Bazhan, the archive’s director, showed Olesia Stasiuk unique items stored there, including bread samples from 1932 and 1933. They miraculously survived as material evidence in the archival and criminal case of Poltava native Oleksiy Sorokin. The Ukrainian wanted to preserve this bread for his descendants as a memory of an unprecedented famine. Unfortunately, the punitive authorities of the USSR arrested him in 1941. Bread and notes about him became evidence in the fabricated case against O. Sorokin.