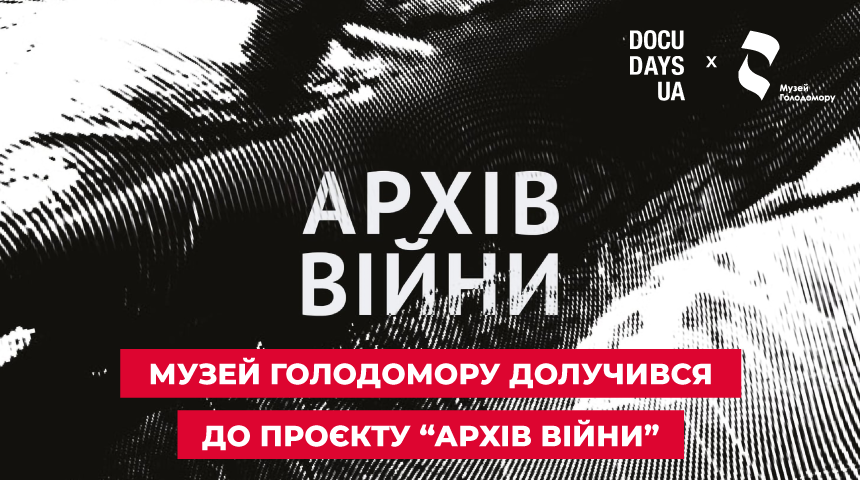 The National Museum of the Holodomor-Genocide signed an agreement on cooperation with the public organization Docudays.

Cooperation will hold as a part of the “War Archives” project – a database of evidence about the Russian-Ukrainian war from February 24, 2022, which is constantly updated. It contains video, photo, and audio materials that testify to the possible commission of war and other international crimes committed in Ukraine, as stories about the resistance and heroism of Ukrainians. The Holodomor Museum will be able to use these materials for its projects and research.

The archive is created according to international standards for the use of materials, so the saved files can be used by the International Criminal Court.
The Holodomor Museum team has also recorded more than 50 testimonies of the people who suffered from the war or became eyewitnesses to the Russian troops’ atrocities in the temporarily occupied territories, which will become part of the “War Archive”.

So, if you or your loved ones suffered due to the Russian-Ukrainian war or witnessed war crimes in the temporarily occupied territories and are ready to tell about it, please, send an email to [email protected] or any messenger convenient for you (+38 068 083 65 18).