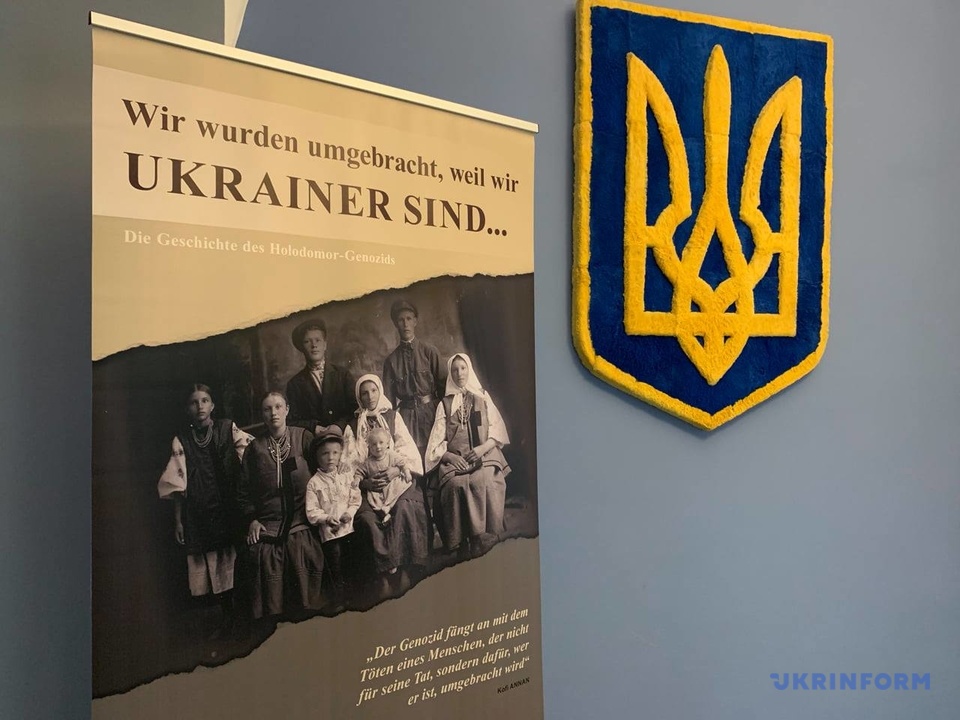 The Holodomor Museum, together with the Embassy of Ukraine in Germany, tells the truth about the Holodomor

In Germany, on the initiative of the Embassy of Ukraine in Germany, the Month of Remembrance of the Holodomor victims during 1932-1933 began. Through this campaign, the Ukrainian diplomatic mission, in cooperation with the Holodomor Museum, seeks to convey truthful information about the crime of Genocide of Ukrainians to German society.

As part of the Month of Remembrance, a film by director Agnieszka Holland “Mr.Jones” / “Price of Truth” was shown in Berlin, attended by members of the newly elected Bundestag, representatives of the German government, departments of the Federal Chancellor and President, the Ministry of Foreign Affairs, heads of diplomatic missions of foreign countries, leading German journalists, artists, activists, members of the Ukrainian community in Berlin. After watching the film, viewers agreed that German society should know more about the Holodomor in Ukraine and even suggested showing the film on German television to better inform the public.

Also, the Embassy of Ukraine in Germany organized a discussion on the reflection of complex topics of history in the literature. The event was attended by world-famous Ukrainian writer, President of PEN-Ukraine Andriy Kurkov, literary translator, Drahomanov Prize winner Claudia Date, famous German journalist Richard Herzinger, members of the public, diplomats, reports Ukrinform.

During the event, everyone could get acquainted with the materials of the exhibition, prepared by the Holodomor Museum “We were killed because we are Ukrainians.” which was translated into German thanks to the Embassy of Ukraine in Germany.

The above-mentioned meeting is particularly relevant in light of the discussion in Bundestag of a petition recognizing the Holodomor as an act of Genocide. In particular, Richard Herzinger noted

that this issue in Germany is very politicized due to the unwillingness of most German politicians to worsen relations with the current regime in Russia and “irritate Putin.”At the same time, Mr. Herzinger is convinced that the efforts made by the Ukrainian side, in particular, the Embassy, should be continued, because “those who do not shout will not be heard.”

It’s worth adding, that in cooperation between the Holodomor Museum and the Embassy of Ukraine in Germany, subtitling for videos “The Holodomor: a mosaic of history. Unknown pages.” will be made in German language. These video testimonies of Holodomor witnesses will be an important element in the case of informing the German community more about the Holodomor-Genocide.