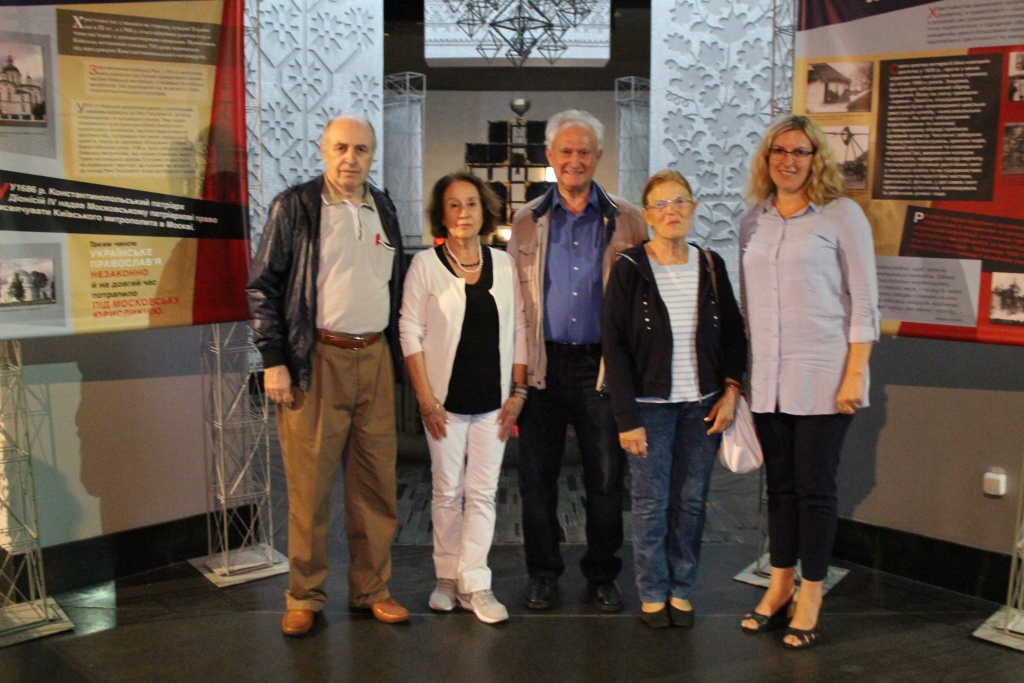 The Holodomor Museum Was Visited by Vittorio Sorotiuk, Head of the Ukrainian Community in Brazil

On August 15, the National Holodomor-Genocide Museum was visited by Vittorio Sorotiuk, Vice-President of the World Congress of Ukrainians, Chairman of the Ukrainian-Brazilian Central Representation.

Guests from Brazil honored the memory of the victims of the Holodomor and also got acquainted with the exposition of the Hall of Memory.

Vittorio Sorotiuk initiated the translation of V. Sergiychuk’s book The Holodomor of 1932–1933 as Genocide of the Ukrainian Nation into Portuguese. It will soon be presented to the members of the Brazilian Parliament.

We remind that on June 14, 2019, in the Municipal Council of the city of Prudentopolis (Parana, Brazil) the book Holodomor 1932–1933. Illumination in the Ukrainian-Brazilian newspaper “Labor,” based on the memories of Brazilians of Ukrainian origin, was presented.