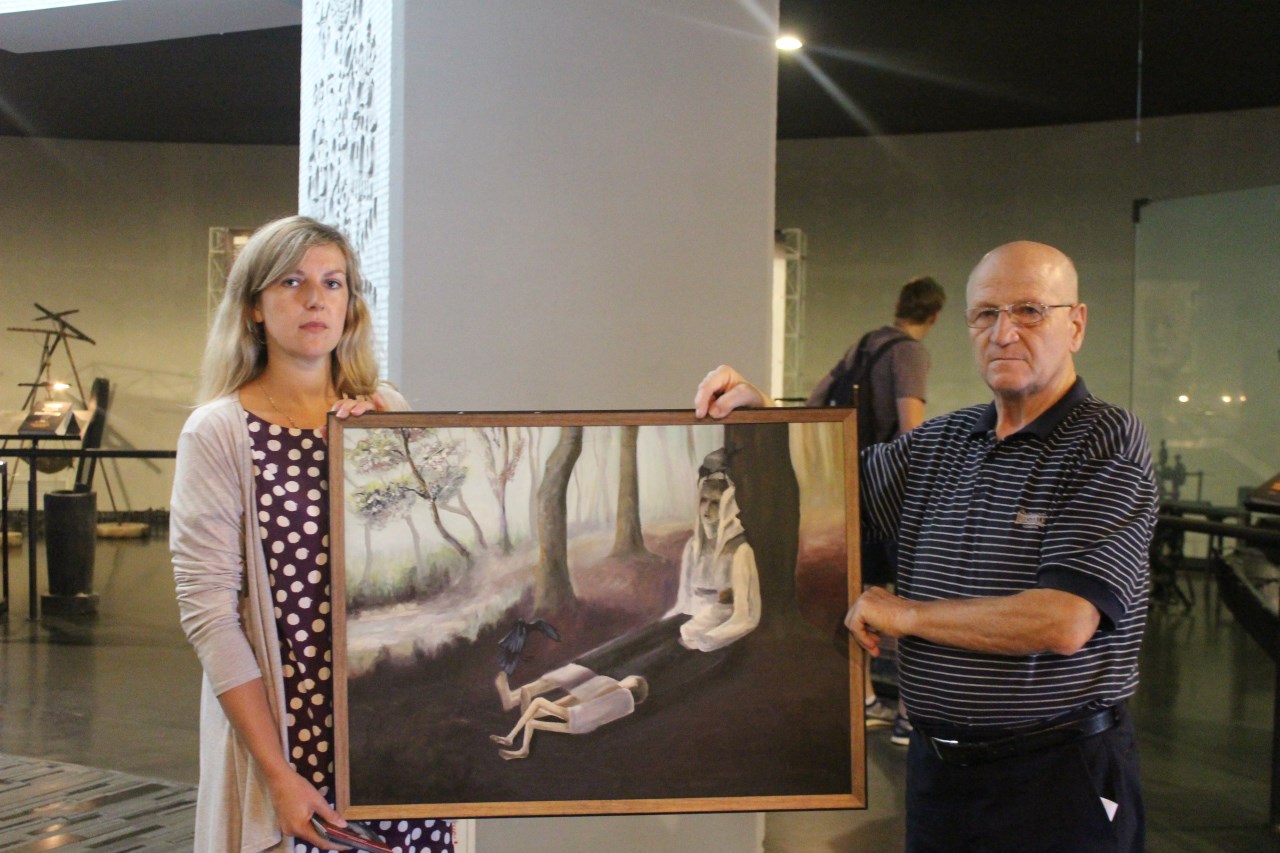 The National Museum «Holodomor Victims Memorial» has reсeived a valuable gift from Dmytro Boyko, a resident of the village of Kondrativka (Novoarkhangelsk district of Kirovohrad region). On July 27, 2018, he handed the picture to the museum staff. The artwork devoted to the Holodomor-genocide of 1932-1933 was painted by Anna Orion.

The artist tried to reproduce the plot in accordance with the testimony of Tabachenko I., a resident of Zvenyhorodka, Cherkasy region. In the 1980’s Tabachenko I.  shared his memories of the events of 1932-1933 with Dmytro Boyko. He told that one day near the railway, he saw a woman with a child who died of hunger.

A friend’s testimony was so captured in the memory of Dmytro Boyko, whose father survived during the Holodomor, that he decided to order a picture that would reproduce the plot of the story. However, the idea of ​​Dmytro Boyko remained unfulfilled for a long time because of the prohibition of Soviet authority to speak about the Holodomor. The process of finding an artist who agreed to reproduce the story of Tabachenko I. on the canvas was also complicated. Only in 2017, Anna Orion succeeded in implementing the idea of ​​Dmytro Boyko.

The staff of the Museum is sincerely grateful to Dmytro Boyko for a generous gift.