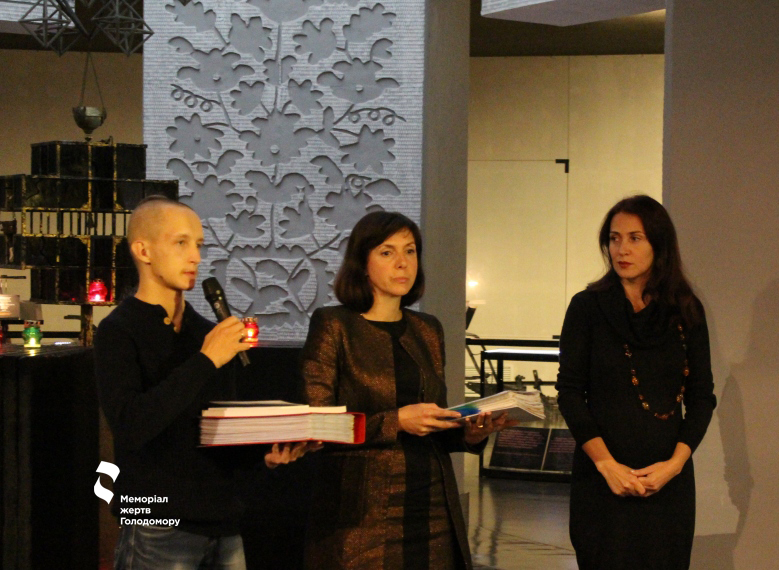 To the 85th anniversary of the Holodomor-Genocide Ukrainian universities have volunteered to hand over Holodomor witnesses` testimonies to National Museum “Holodomor Victims Memorial” for their further study, storage and involvement in educational projects.

On October 23, 2018, the representative of the Mykhailo Kotsiubynskyi Vinnytsia State Pedagogical University, Iryna Batyrieva and the representative of Ilia Mechnykov Odesa National University, Valentyn Dolgocub handed over the collection of evidence of eyewitnesses of the 1932-1933 genocide, gathered during expeditions to the different regions of Ukraine, to the museum.

“In Holodomor Victims Memorial there are stored volumes of eyewitnesses` testimonies of the Holodomor, collected both by museum staff and other institutions, and by individual researchers who transferred the materials to the museum. This year we appealed to the universities of Ukraine and public organizations to send us testimonies, which were collected in 2007-2008 as implementation of the Decree of the President of Ukraine Viktor Yushchenko. In order to preserve the national memory of the Holodomor, the museum accumulates these materials, from which the archive of the future museum will be formed,” – said Olesia Stasiuk, Director General of the Holodomor Victims Memorial in her speech.

The director said that interviews with people who survived the Holodomor, made by newspapers and public organizations will be also handed over to the museum.

The Anton Makarenko Sumy State Pedagogical University sent the witnesses’ memories of the Holodomor from the Sumy region.