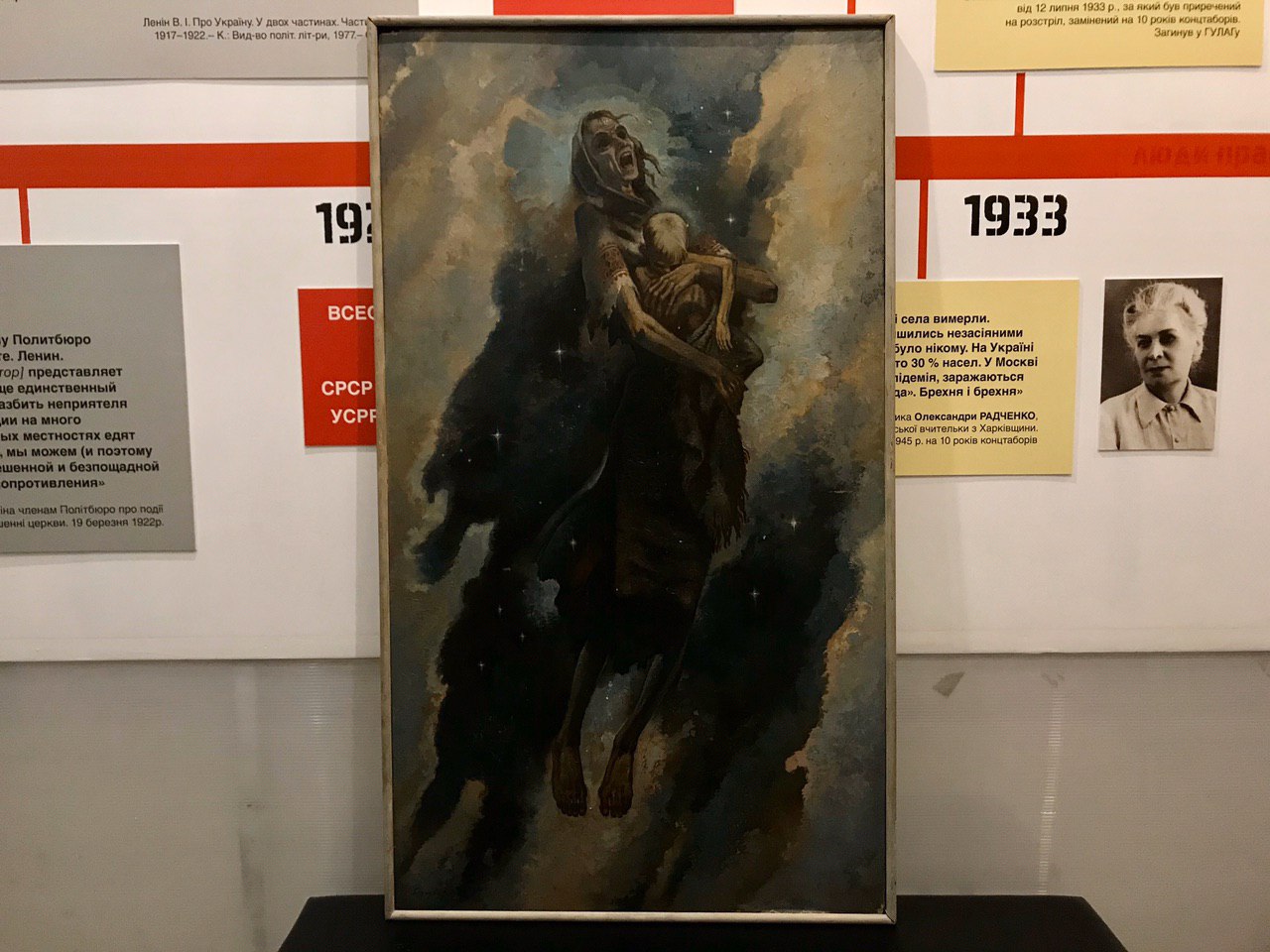 The Most Famous Painting on the Holodomor Is in Ukraine!

On February 23, 2020, one of the most famous paintings on the Holodomor “Year 1933” by Viktor Tsymbal arrived in Boryspil. It was created in 1936 and was perhaps the first work of art devoted to genocide of the Ukrainian nation.

At the Boryspil International Airport, the painting was transferred to Ukraine: director Olesia Stasiuk and employees of the National Museum of the Holodomor-Genocide met with Yurii Savchuk, Ukrainian historian, Candidate of Historical Sciences, senior researcher at the Institute of History of the National Academy of Sciences of Ukraine, who met with representatives of the Ministry of Culture of Ukraine.

The painting will soon be presented at the National Museum of the Holodomor-Genocide, where anyone can see it.

Viktor Tsymbal is a graduate of the Ukrainian Studio of Plastic Art in Prague and Prague Art-Industrial School. He was born in Cherkasy region. While the artist was in exile in Argentina, he did not break contacts with Ukraine. He deeply experienced the Holodomor, which prompted him to write one of the most expressive works on the genocide of Ukrainians, the “Year 1933”.

The painting of the artist is considered to be the best artist’s achievement in combination of deep historical and philosophical content with a mature artistic form. This canvas is the verdict of the Ukrainian to the inhuman Bolshevik regime. Victor Tsymbal portrayed the theme of the Holodomor not as an illustration, but symbolically: a starved mother and baby ascend to Heaven. The images express a sense of flight and the majesty of eternity.