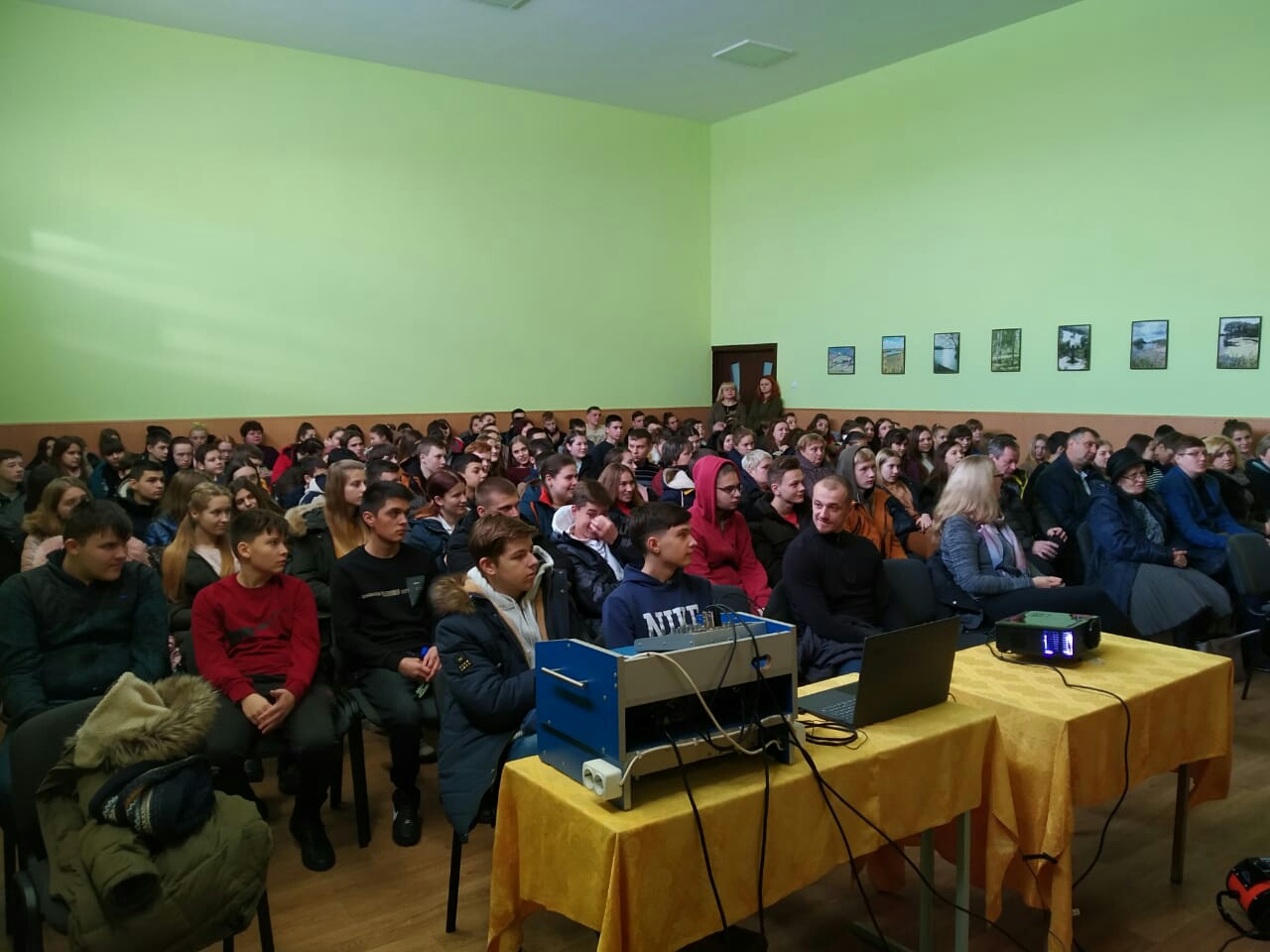 The Movie “I Will Remember Them” Was Shown in Bakhmach

In the city of Bakhmach (Chernihiv region), a documentary about the Holodomor “I Will Remember Them…” was presented in the school No. 5.

The director of the museum’s Information and Publishing Department Yuliia Kotsur and the historian, journalist and co-author of the film Rostyslav Martyniuk spoke about the concept and creation of the movie. The presentation was attended by history teachers from more than 20 schools of the Bakhmach District and high school students. The event was organized with the support of the head of the district department of education Larysa Zhurba and the headmaster of the school No. 5 Iryna Onyshchenko.

The movie “IWill Remember Them …” tells the story of the Holodomor and its unknown facts through the questions of the protagonist – the grandson of Mykhailo Illienko, the 11-year-old Yurko, who asks his father about the Holodomor. Mykhailo Illienko is the author of the script of the “Toloka” movie, which covers 14 important fragments of Ukrainian history, including the Holodomor.

Coming to the cinema for the premiere of the movie, the boy has a number of questions about the genocide of the Ukrainian people, which he discusses with his dad: “Why did people die?”, “Why did the Holodomor happen?”, “What is a genocide?”. The film deals with the mechanisms of committing the crime, such as “the law on five heads of grain”, grain harvesting campaign, “black boards”, passport system, ban of going abroad, etc. The scientific advisers of the film were the leading researchers Olesia Stasiuk, Roman Serbyn, Volodymyr Serhiichuk, Vasyl Marochko, Fedir Turchenko, Inna Shugalyova, Myroslava Antonovych, Andrii Kis. The film was produced by Eurasia-Media.