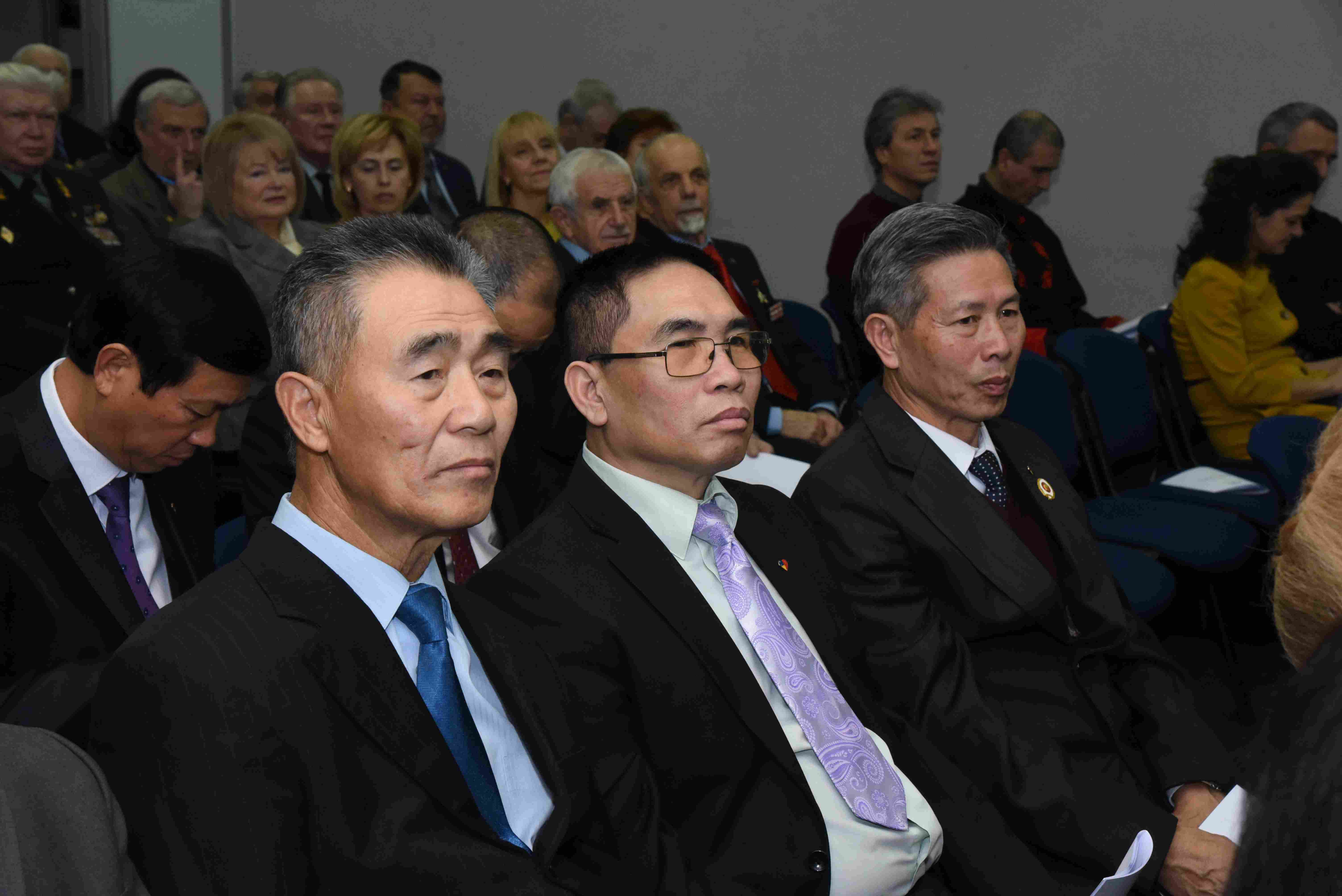 The Museum Participated in the Conference of Ukraine – Vietnam Society

The conference was opened by a moment of silence for the victims of the anti-terrorist operation in eastern Ukraine.

The participants of the conference noted the friendly relations between the peoples of Ukraine and the Socialist Republic of Vietnam. In particular, Vietnam condemned the annexation of the Autonomous Republic of Crimea by the Russian Federation. The Vietnamese community of Ukraine actively supports internally displaced persons who have left their places of permanent residence as a result of Russia’s armed aggression in the Luhansk and Donetsk regions.

After the welcome speech, representatives of the Ministry of Foreign Affairs of Ukraine and the Ministry of Economic Development of Ukraine,  the Head of the Ukraine – Vietnam Society Oleksandr Shlapak addressed the audience. He stressed that during his chairmanship in the organization, Ukraine and Vietnam reached a new level of relations: numerous meetings were held, business relations were established, cultural events were organized.

Vietnam’s Ambassador to Ukraine Nguyen An Tuan emphasized the importance of the organization’s existence: “I am glad that the Society is not standing still, it is developing, and the number of members is increasing.”

Leokadia Herasymenko, Deputy Chairman of the Board, Chairman of the Union of Women of Ukraine spoke in more detail about cultural and educational events organized by the Society in Ukraine and Vietnam during 2014–2019.

Olesia Stasiuk, Candidate of Historical Sciences, Director General of the National Museum of the Holodomor-Genocide spoke about the Audioguide for Everyone International Project, which involves translating the text of the museum excursion into 33 languages ​​and recording it in a studio. Within the framework of the project, the text of the sightseeing tour was translated into Vietnamese together with the Ukraine – Vietnam Society. Visitors to the Holodomor Museum from Vietnam will have an opportunity to listen to a tour in their native Vietnamese in 2020. The director also stressed that the Socialist Republic of Vietnam had not yet recognized the 1932–1933 Holodomor as the genocide of the Ukrainian people at the state level. Therefore, she addressed the Head of the Ukraine-Vietnam Society, Oleksander Shlapak with a request in the resolution of the next All-Ukrainian Conference, to prepare a petition to the Government of the Socialist Republic of Vietnam to recognize the Holodomor as genocide.

The Chairman of the Ukraine – Vietnam Society Oleksandr Shlapak replied that all the suggestions made during the conference would be taken into account.