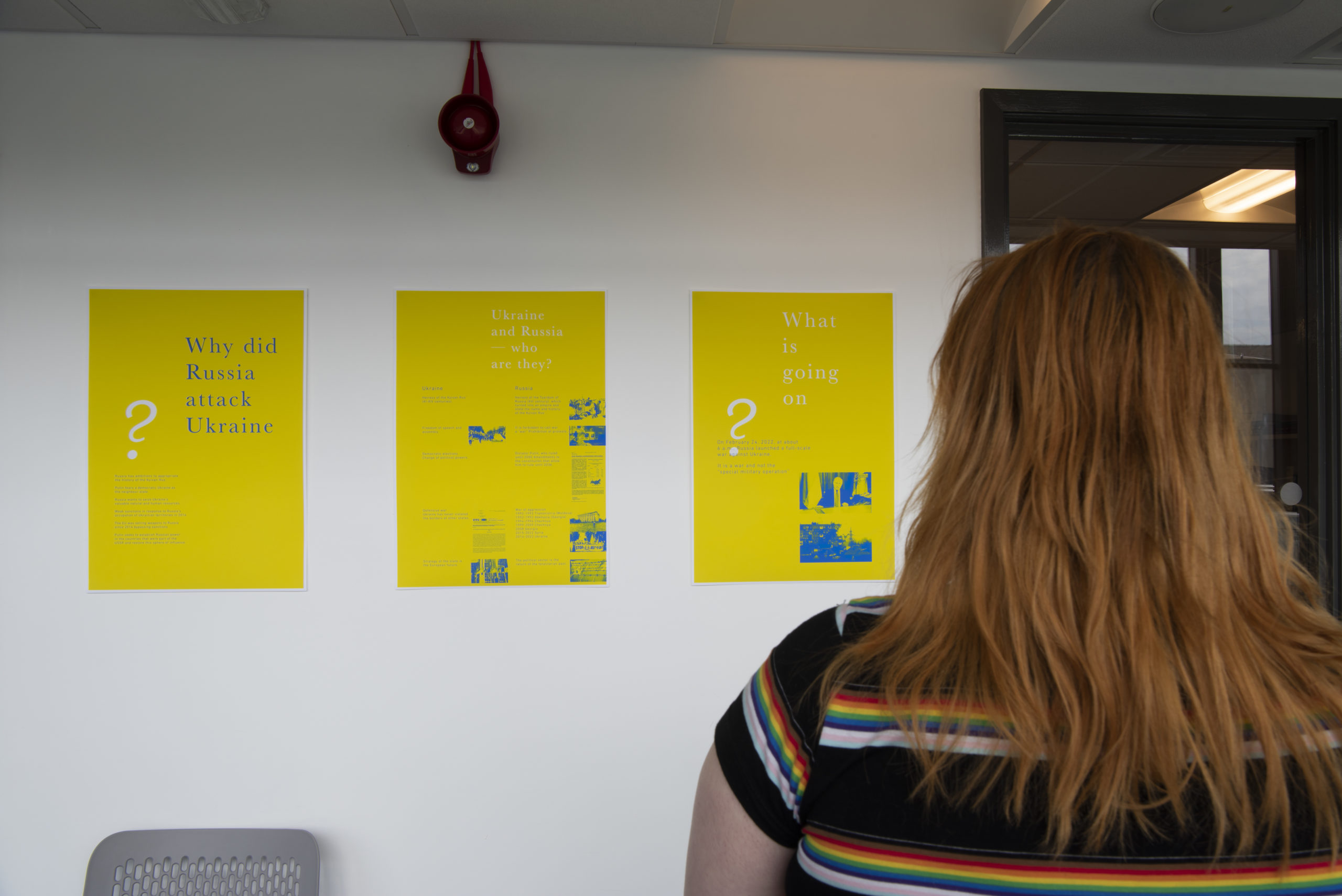 An exhibition by the National Museum of the Holodomor-Genocide (“The Not Condemned Genocide of Ukrainians Repeats”) opened in Huddersfield, United Kingdom, on June 8. The project was realized thanks to the active support of the British artist of Ukrainian origin Sara Nesteruk – the author of the animated video “Recipes For Baking Bread,” that is a visual representation of artistic personal understanding of the Holodomor through animation.

Until June 15, the exhibition will run based on Kwas Shop and Bar.

And then continue to work in other locations:

June 10-22 at the Holocaust Exhibition and Learning Center.

The exhibition reveals the longevity of the Russian Federation’s aggression against Ukraine. From imperial encroachments on its territory to the genocide of Ukrainians. Referring to history, drawing parallels will help foreigners to understand better the Russian war that began on February 24, 2022, in Ukraine and the main purpose of this war and its consequences.

In particular, everyone who is interested in the exhibition will find answers to the following questions:

Why did it happen that in the 21st century, in the centre of Europe, one state attacked another?

Why did new dictators appear?

Why did the civilized world allow them to appear?

Are there still nations in Europe that welcome war, violence, and genocide?

The main task of the exhibition is to help strengthen the British support for Ukraine and to form public opinion that only Ukraine’s victory in this war is the only way to stop violence and killings of Ukrainians and prevent the spread of evil further into Europe.