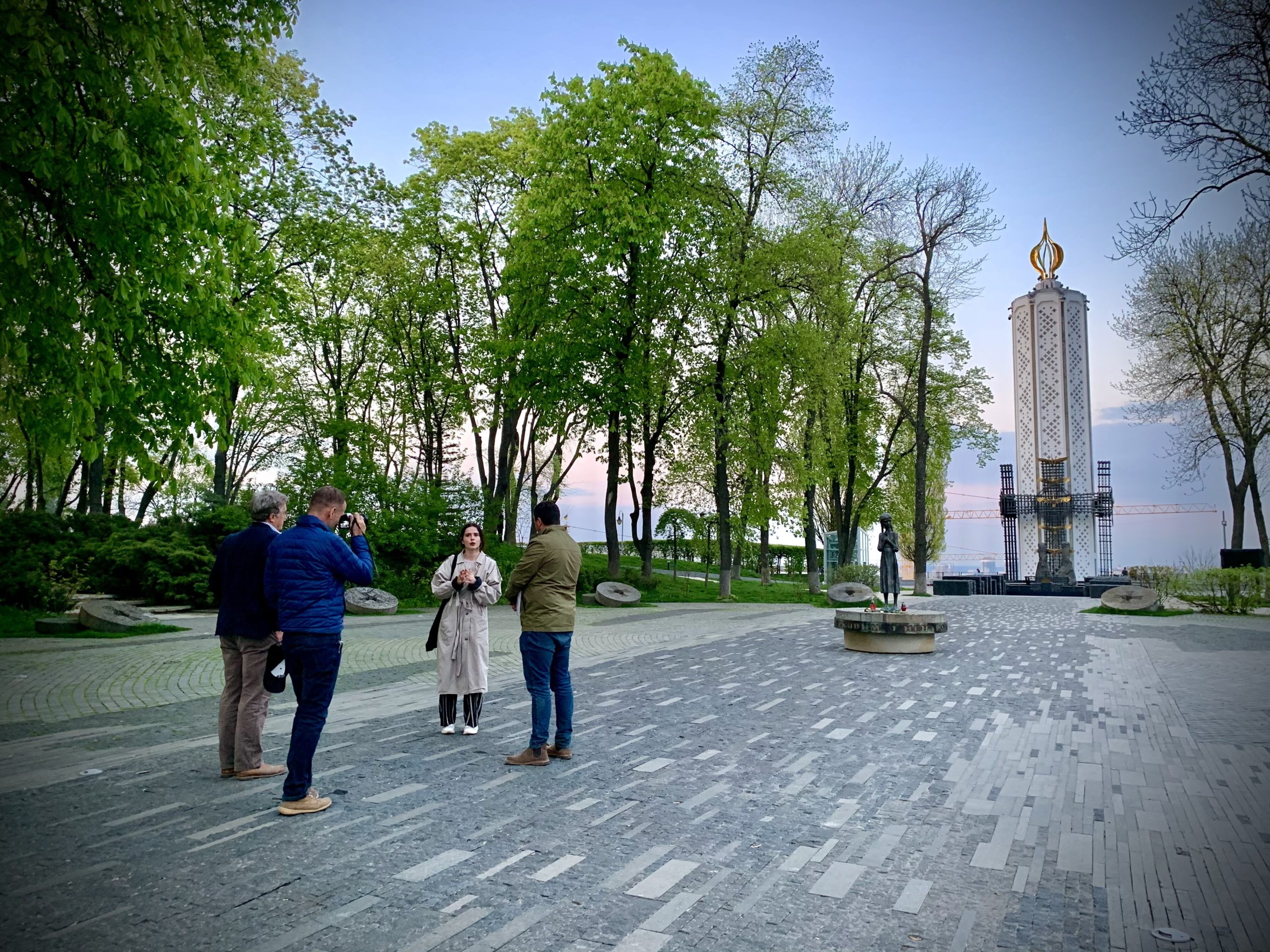 The parliamentarians from South Africa visited the Holodomor Museum

The Holodomor Museum was visited by a parliamentary delegation from the Republic of South Africa. The guests honoured the Holodomor genocide victims of 1932-1933 and listened to a sightseeing tour of the Museum.

John Steenhuisen and Greg Mills became the first South African officials to arrive in Ukraine since the Russian invasion of Ukraine.

John Stenhaisen is a member of the South African National Assembly and a chairman of the Democratic Alliance. Greg Mills is a scholar and publicist who heads one of Johannesburg’s leading think tanks and is a former special adviser to the NATO Force Commander in Afghanistan.

The purpose of the visit, organized with the support of Andriana Bila, a public figure, and founder of the Ukrainian School of Cultural Diplomacy, is to get truthful information about the events in our country firsthand. After all, the South African media has a lot of Russian propaganda and fakes.

Members of the delegation and Ukrainian representatives also discussed future steps to work together to recognize the Holodomor as genocide by the Parliament of South Africa.

The Holodomor Museum is a place that sheds light on the events of the past and the preconditions of today’s war. We explain what exactly and why is happening now by bringing the truth about Ukraine’s history to the world. Russia intended to destroy us 90 years ago, and it still wants to do so today. Since we have what Russia does not: a centuries-long history, a rich heritage, and culture. And we are a great nation and a great country, and Russia’s greatness is artificially created by myths and lies.

Telling the truth to the world – we become stronger!

Let’s stop the war together! Stop the genocide!