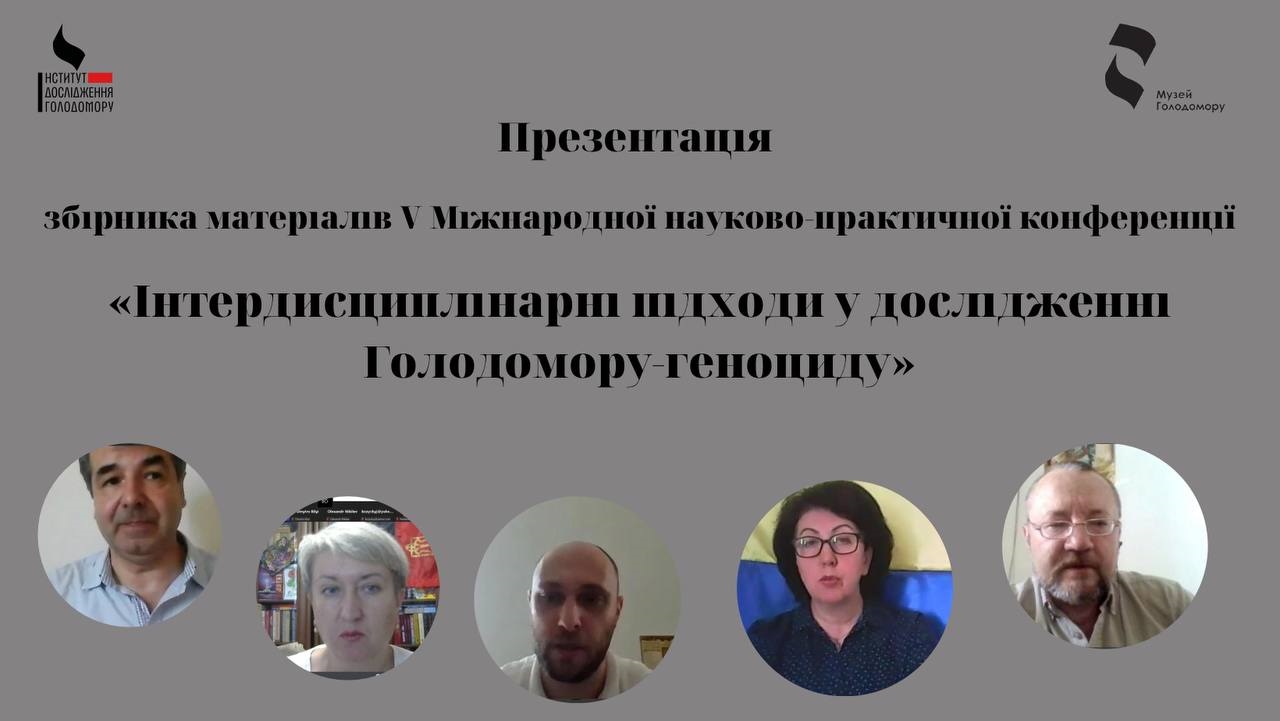 The study of crimes of the Soviet era is a “vaccinating” from the totalitarian past: the collection of materials of the international conference is presented.

On Thursday, June 30, an online presentation of the collection of materials of the 5th International Scientific and Practical Conference “Interdisciplinary Approaches in Holodomor-Genocide Research” took place.

The scientists from various fields researching the topic of the Holodomor-genocide attended the presentation.

The conference took place on November 25, 2021. However, in the conditions of a full-scale Russian-Ukrainian war, they acquired special relevance and symbolism. After all, there are obvious parallels between the policy of the communist totalitarian regime and the modern war of Russia aimed at destroying Ukrainians.

“Nowadays, we clearly see the interdependence and gloomy symbolism of a whole series of historical events of the past, Svitlana Markova, director of the Holodomor Research Institute, doctor of historical sciences, said in her speech. – In particular, in the year of the 90th anniversary of the beginning of the Holodomor genocide of 1932-1933, the Kremlin regime once again resorted to using famine as a tool to exterminate and subjugate Ukrainians. Putin is repeating the actions of his political communist predecessors of the 20th century. The current situation in Ukrainian cities and villages occupied by the Russians is a painful reminder of the inhumane totalitarian practices of the 20th century. Today, Russia’s criminal actions threat the food security of not only Ukraine but a number of other countries that depend on the food supply from our country.” 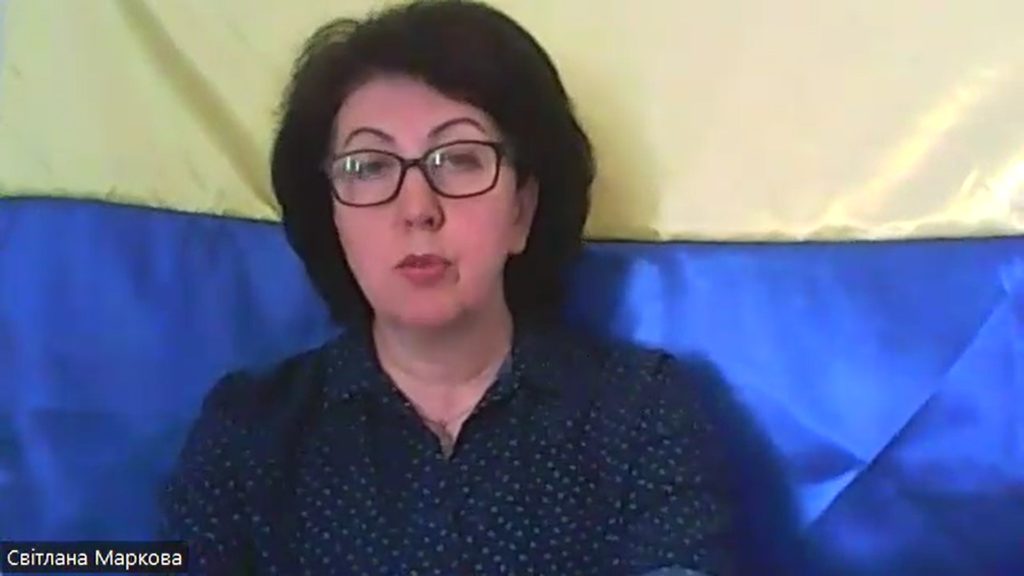 Markova emphasized that the work of the Institute is relevant and gained more importance in the days of the Russian-Ukrainian war. “When we, the staff of the Institute, wrote about the millions of Ukrainians whom the communist totalitarian regime killed, destroyed, executed, and made to suffer, we did not fully realize that the “unpunished evil” would again brutally kill, destroy Ukrainians in their state, on their land, she added. – The staff of the Institute, who have thoroughly studied the mechanisms of the Kremlin’s genocidal policy, today, are clearly aware that it is impossible to negotiate with the enemy who came to destroy us. The scientists of the Institute offer ways to study the crimes of the Soviet times with the aim of “vaccinating” from the Soviet past.

The collection is dedicated to the Holodomor of 1932–1933, as well as the mass man-made famine of 1921–1923 and other manifestations of the criminal policy of the communist regime of the USSR towards Ukraine. The main focus is on the origins, implementation mechanisms, and consequences of the genocide of the Ukrainian nation organized by the Bolsheviks.

The materials presented in the publication consider Moscow’s colonial-repressive and genocidal policy towards Ukraine from a broad historical perspective and show its persistence and consistency during 1921-2022.

The publication will be helpful to educators, historians, political scientists, lawyers, public figures, and anyone interested in the historical past of Ukraine.

You can view the materials included in the collection here.