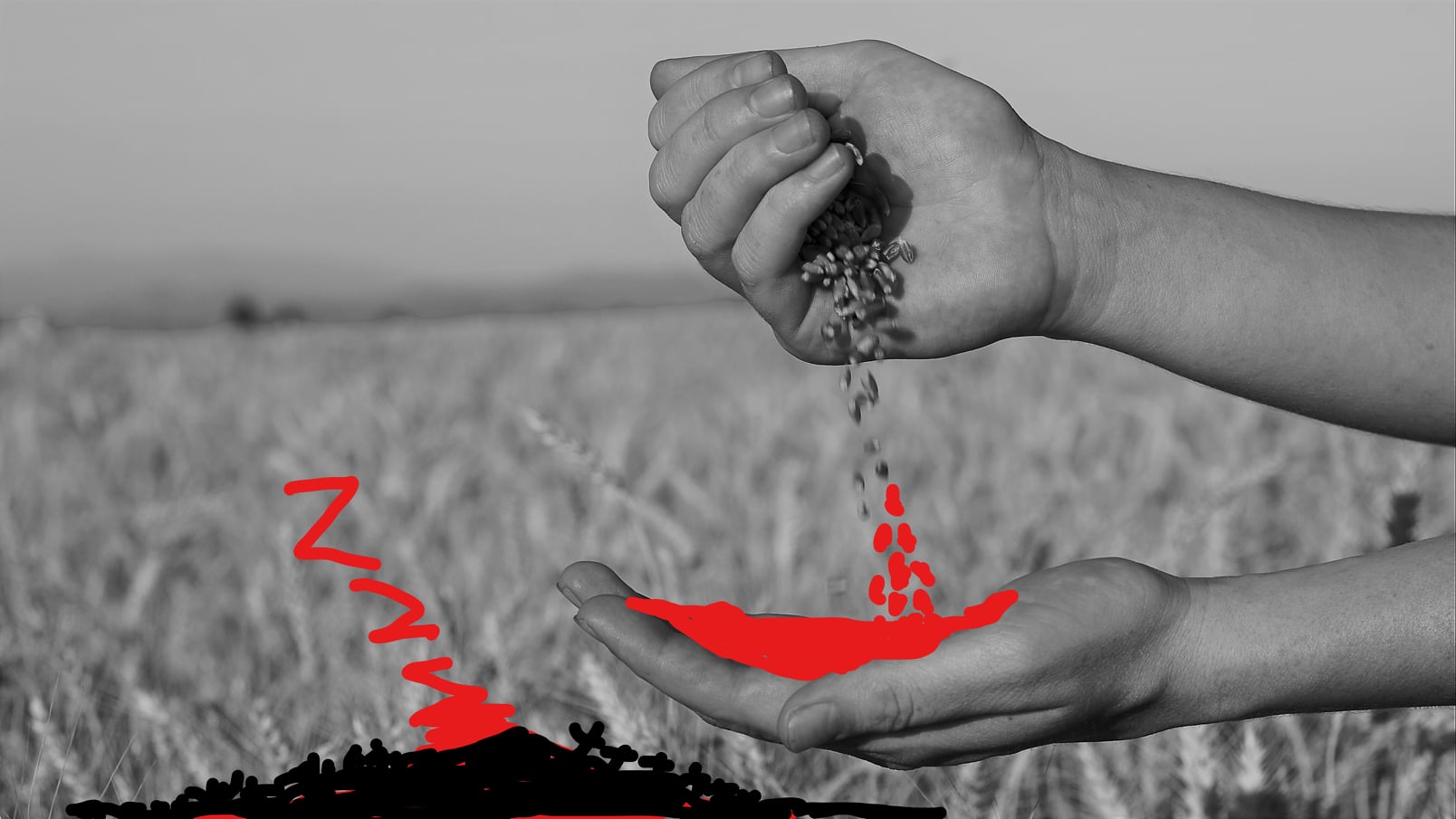 National Museum of the Holodomor Genocide

In the year of the 90th anniversary of the Holodomor genocide of 1932-1933, Moscow steals, loots and exports Ukrainian bread.

Five ships of stolen Ukrainian grain (tens of thousands of tons) were taken out of the Berdyansk seaport by sea. It is unknown exactly where the Ukrainian bread stolen from Berdiansk was sent to.

By seizing grain and exporting it from Ukraine, Putin is repeating the actions of his political predecessors. Emphasizing the special importance of Ukrainian bread for the Russian proletariat, the Bolshevik leader Lenin wrote in 1919 about the “huge reserves of bread in Ukraine,” without which “Soviet power in the Russian provinces would inevitably perish.”

It should be emphasized that the export of bread from Ukraine did not stop even when the Ukrainians themselves lacked it. During the years of mass man-made famine of 1921–1923, the Russian Bolsheviks, with the involvement of the Chekists and the Red Army, constantly carried out large-scale seizures of grain and food and exported it outside the republic.

The situation was criminal during the Holodomor of 1932-1933 when the Holodomor became an instrument of genocide organized by the Kremlin, a telegram signed by Stalin, Molotov to the Central Committee of the CP (B) U and the Soviet People’s Commissar of June 21, 1932, emphasizing the plan ” grain procurement “under any circumstances; the resolution of the Politburo of the Central Committee of the CP (b) U of July 6, 1932” On the plan of grain procurement in the farmer sector “on the withdrawal of 356 million poods; cooperation and strengthening of public (socialist) property “of August 7, 1932, which introduced executions, confiscation…; telegram of the Central Committee of the CP (b) U to the regional committees of the party of November 6, 1932.”On the commodity blockade of areas that do not fulfill the plans for grain procurement”; Directive of the USSR SNK and the Central Committee of the CPSU (b) “On the prevention of mass exits of starving peasants for food” of January 22, 1933, on banning the departure of peasants from Ukraine and blocking borders by military units, etc.) The Communist totalitarian regime in 1932-1933 developed and used a punitive-repressive mechanism to exterminate Ukrainians during the commission of a particularly serious crime of genocide of the Ukrainian nation in the USSR, in historical ethnic territories and places of their compact residence.

In the long run, Putin intends to make life as impossible as possible for Ukrainians, in particular, by depriving them of food. Already, in the first days of the war, due to a Russian missile fire broke out in the Ovruch elevator – one of the largest granaries in the north of our country. According to the Main Intelligence Directorate of the Ministry of Defense of Ukraine, there are many cases of deliberate destruction of Ukrainian farmers’ agricultural machinery by the Russian occupiers. Such actions, which are clearly aimed at preventing the sowing campaign, were recorded in Brovary district in Kyiv region, Melitopol district of Zaporizhzhia region, Pryluky, Nizhyn, Novgorod-Siversky districts of Chernihiv region, in several districts of Kherson, Kharkiv, and Sumy regions.

The gloomy symbolism of the current events in Ukraine may be that in the year of the 90th anniversary of the Holodomor genocide of 1932-1933, the Kremlin regime will again use hunger as an instrument of extermination of Ukrainians.

It is important to emphasize that Russia’s criminal actions today pose a threat to food security not only in Ukraine but also in a number of other countries that depend on food supplies from our country. First of all, Morocco, Egypt, Nigeria, Indonesia, and Bangladesh, which import the largest volumes of agricultural products from Ukraine, may suffer.

Such a turn of events can be avoided only thanks to the consolidated position of the international community, which should increase sanctions pressure on Russia, expand assistance to Ukrainians who courageously defend their country, their home!