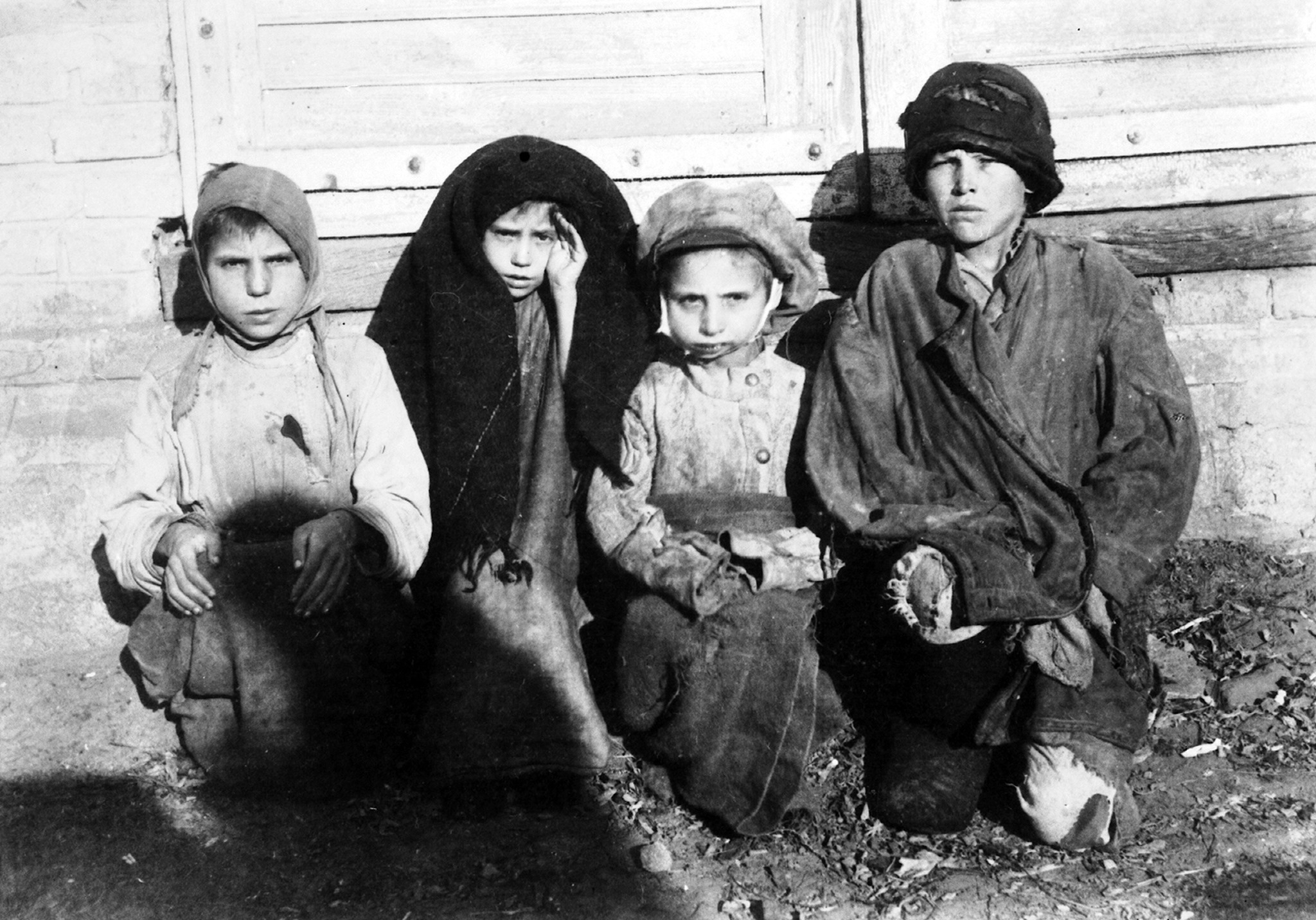 UKRAINIAN BREAD FOR THE “RUSSIAN PROLETARIAT”

(Part I. The origins of “unpunished evil” against the background of the mass man-made famine of 1921-1923)

Ignorance of history, as well as deliberate distortion, do not absolve society from responsibility for the consequences of its activities. “Unpunished Evil” returned on the year of the 90th anniversary of the Holodomor genocide of 1932-1933.

In 2022, in Ukraine, Russia, the successor to the USSR, is committing war crimes and committed the crime of genocide. Russians kill Ukrainians, torture, rape, inflict hellish suffering, rob, and loot. Again, as in the 1920s and 1930s, Muscovites destroyed and exported Ukrainian bread. In March 2022, five ships of stolen Ukrainian grain (tens of thousands of tons) were taken out of the Berdyansk seaport. There are regular cases of deliberate destruction of Ukrainian farmers’ agricultural machinery and fuel storage facilities by the Russian occupiers in order to hinder the sowing campaign. The consequence of the occupier’s systematic criminal actions will be famine, and not only in Ukraine. The Putin regime, like the communist totalitarian regime, is once again using hunger as an instrument to exterminate Ukrainians.

Stealing grain, forcibly seizing, Putin repeats the actions of his political predecessors (Lenin, Stalin). In 1919, Lenin predicted that “Soviet power in the Russian provinces would inevitably perish” without Ukrainian bread. At the beginning of 1919, when the Red Army occupied the Ukrainian People’s Republic, the Bolshevik leaders were surprised by the huge number of Russian profiteers (each train brought at least a thousand people for two years). It is worth noting that in 1918 in Ukraine (Ukrainian State), there was free trade, prices for products that under Hetman P. Skoropadsky, under S. Petliura almost did not change, in contrast to Bolshevik Russia. Despite the extremely difficult sociopolitical situation, the Directory of the Ukrainian People’s Republic tried to carry out reforms, particularly in January 1919 it approved the land law.

In order to establish Soviet power, the Moscow satraps had to “feed the cities” that were to become the centers of the “new Soviet people” and the “new life.” The Muscovites’ food problem was to be solved, in particular by an additional increase in food distribution in the regions that were the main producers of “commodity grain” (suppliers of export grain) in Imperial Russia. In the Russian Empire, such were considered, first of all, the Ukrainian Black Sea and Azov provinces, the Volga region and the Kuban. (Export of grain from the Right Bank of Ukraine abroad had an important place in the all-Russian grain exports of the XIX century, the most important ports were Odesa, Mykolaiv, Kherson, Mariupol, Berdyansk).

The withdrawal and export of bread from Ukraine by the Russian Bolsheviks was brazen, total, and regular; it did not stop even when the Ukrainians themselves lacked it. During the years of mass man-made famine of 1921–1923, the Russian Bolsheviks, with the involvement of the Chekists and the Red Army, continued large-scale seizures of grain bread and foodstuffs and exported them outside the republic. The stalemate during the Holodomor of 1932–1933 was repeated, when the Holodomor became an instrument of Kremlin-organized genocide.

On May 8, 1921, Molotov, secretary of the Central Committee of the RCP (B), informed Rakovsky, chairman of the USSR SNK, and Vladimirov, People’s Commissar of Food of the USSR, of the party leadership’s decision to send at least 40 railway echelons of food a month to the RSFSR People’s Commissariat. On July 8, 1921, in a telegram to the Central Committee of the Communist Party of Belarus, Lenin demanded that at least 74 wagons of bread be sent to Russia daily. The task was to spread even to the Ukrainian southern starving provinces. The seizure of food took place with the participation of the People’s Commissariat of Trade and the regular army. In May 1921, more than 500,000 poods of bread were sent to Russia. From February 1921, the army, in addition to the leadership, “had to flood the villages to seize bread” (the occupation regime immediately provided for the forcible seizure of bread). In particular, the chairman of the First District Food Commission and the representative of the Podolia Regional Executive Committee appealed to the People’s Commissariat of Ukraine (Kharkiv) with a request to issue for the First District Food Commission of the 1st Cavalry Army in addition to Schwartz and Maxim machine guns, spare parts and machine guns (25 15 thousand rifles, 30 thousand rounds.

Throughout 1921, grain trains continued to move regularly toward the country-occupant. In 1921, agents of the Gubprodkom conducted regular searches of the population, including seizing money. Residents also had to provide food and sanitation for refugees from the Volga region. People ate surrogates en masse, starved. In particular, in the minutes of the 42nd general meeting of the village Oleksiyivka on November 21, 1921, there was only one issue on the agenda: “On hunger.” The phrase “total starvation” appears in protocols, survey reports, and questionnaires.

At the beginning of the winter of 1922, Zaporizhzhia, Katerynoslav, Mykolaiv, Odesa provinces, and Donbas were totally starving, however, the Soviet government demanded to collect the tax from the population in full, the barren provinces were officially declared to be starving after at least part of the tax was collected from the farmers-owners; the starving population was to be provided not with imported but with local bread. As of January 1, 1922, about 60 million poods were collected in Ukraine through pre-tax, land tax, and natural exchange-cereals. Of the distributed amount of 48.5 million poods, 16.275 million were exported to Russia (according to other information – 18.5). 24 million was allocated for the Red Army, industry, and railways. In addition, a reserve of 1.5 million was made for the army.

Address of the Zaporizhzhia Provincial Commission for Aid to the Hungry and the Provincial Executive Committee of Soviets to all provinces of Ukraine with a request for assistance (February 1922): “… Out of a million and a half of the population, 700,000 are officially listed as starving at the beginning of February. Every day makes us count more and more thousands of the population starving. Thousands of the helpless from hunger and hundreds of deaths every day – such a picture we have in early February, and there are still five hungry months ahead, and it is unknown whether there will be an improvement with the new harvest. Surrogates instead of bread (oilcake, kurai, bark, leaves, roots, etc.) have long been used everywhere without any admixture of flour, and they are running out; in a number of areas, they have already come out and are considered a luxury… We have faced the issue of converting the richest region of the country of its time into the desert…”

It is worth noting that as of March 1, 1922, 140 new houses were opened for the children of the Volga region by the People’s Commissariat of Education and 56 by the People’s Commissariat of Health <…> in Podillia, Poltava, Kyiv regions, arriving children were placed among the farmers <…> Children, who traveled to Ukraine themselves, were to be fed at the junction railway stations. Children arrived both alone and in groups. Peasant farms, the economy of the republic received additional burdens that were not taken into account by the aggressor in tax exemptions. (Hunger and children in Ukraine. Compiled by V.A. Arnautov. Editorial and Publishing Department of N.K.P. Kharkov, 1922. P. 15).

Ukraine was also responsible for providing food to the Tsaritsyno, Ural, Saratov, and Simbirsk provinces. Grain bread was to be shipped regularly from bulk points in early 1923, rye and barley were to be shipped quickly from Kamyanetsk bulk points, 10-12 wagons a day as “export grain” (documents stated – “export cargo”).

Ukrainian diasporas tried to draw the world’s attention to the mass famine in Ukraine, to collect and provide assistance to the starving, emphasizing the cynicism of exports. An article with the eloquent title, “Russia Conceived the Theft of Bread from the Hungry.” was published in the Diaspora newspaper “Ukrainian Voice” on February 21, 1923. From mid-March 1923, reports of famine disappeared from the media. It was initiated by the authorities (According to Chicherin’s proposal, Soviet and foreign newspapers receiving subsidies were asked to “temporarily refrain from publishing hunger reports”).

Only in September, 27 foreign steamships entered the ports of Odesa, Mykolaiv, Kherson, Novorossiysk, Mariupol, Berdyansk, and Feodosia, exporting 5,286,336 poods. The largest amount was exported from the port of Mykolayiv – 1,852,283 poods, Odessa – 1,323,640, Kherson – 910,529. Rye was mainly exported to Germany, wheat to France, corn to Holland. In September, the bread trade with Norway began. At the expense of Ukrainian bread, the Soviets gained recognition and legitimacy for their regime.

At the end of 1921, food resources were exhausted, and the country occupant felt the “bloody taste” of robbery and seizures. The communist regime, with the help of the military organized in the food commission, the Cheka carried out a confiscation policy in Ukraine, a food dictatorship, terror, murders, intimidation, robberies, recruitment, etc. were used against Ukrainians. It is worth noting that the history of Russian statehood is a history of wars, robberies, looting, humiliation, bullying, leveling the rights and freedoms of an individual, and imposing a distorted perception of reality.