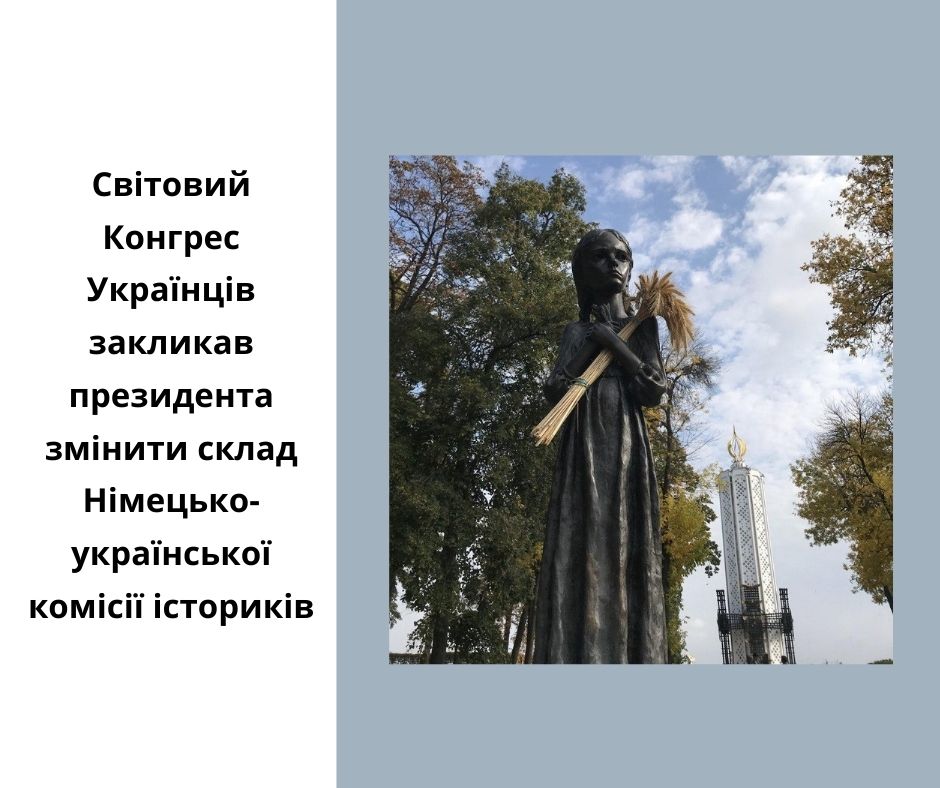 On September 21, 2020, the museum received a letter from the Ukrainian World Congress addressed to the President of Ukraine Volodymyr Zelensky.

In this letter, the organization expressed deep concern over the work of the German-Ukrainian Commission of Historians, the projects and initiatives of which often discredit Ukraine, its people and its history. Also, UWC expressed hope that the state authorities of Ukraine will influence the activities of this Commission and ensure the protection of Ukrainian interests in this matter.

“The Holodomor is a key event in the history of the Ukrainian people for every Ukrainian, regardless of their place of residence, especially today, during the next Russian aggression against Ukraine. Together, we cannot allow those who are to represent the interests of the Ukrainian people and the national historical memory in the Commission to distort historical facts or question the foundations of our worldview,” the document states.

The UWC called on the President of Ukraine to review the commission or its format, and to ensure that Ukraine is represented by historians who will work to defend Ukraine’s interests, educate the international community on Ukrainian history and engage in constructive dialogue to promote mutual understanding and successful cooperation with German partners.

“The commission has taken questionable steps on other issues as well. As the Ukrainian Embassy in Germany advocates the erection of a memorial to 8 million Ukrainians who were victims of the Nazi occupation in the center of Berlin, the Commission supports the erection of a memorial to millions of Polish victims of the Nazi occupation. It is difficult to understand the logic or justification of such an approach,” the letter tells.

We remind that the Holodomor Museum published an appeal to the German-Ukrainian Commission of Historians to change the name of the international conference.