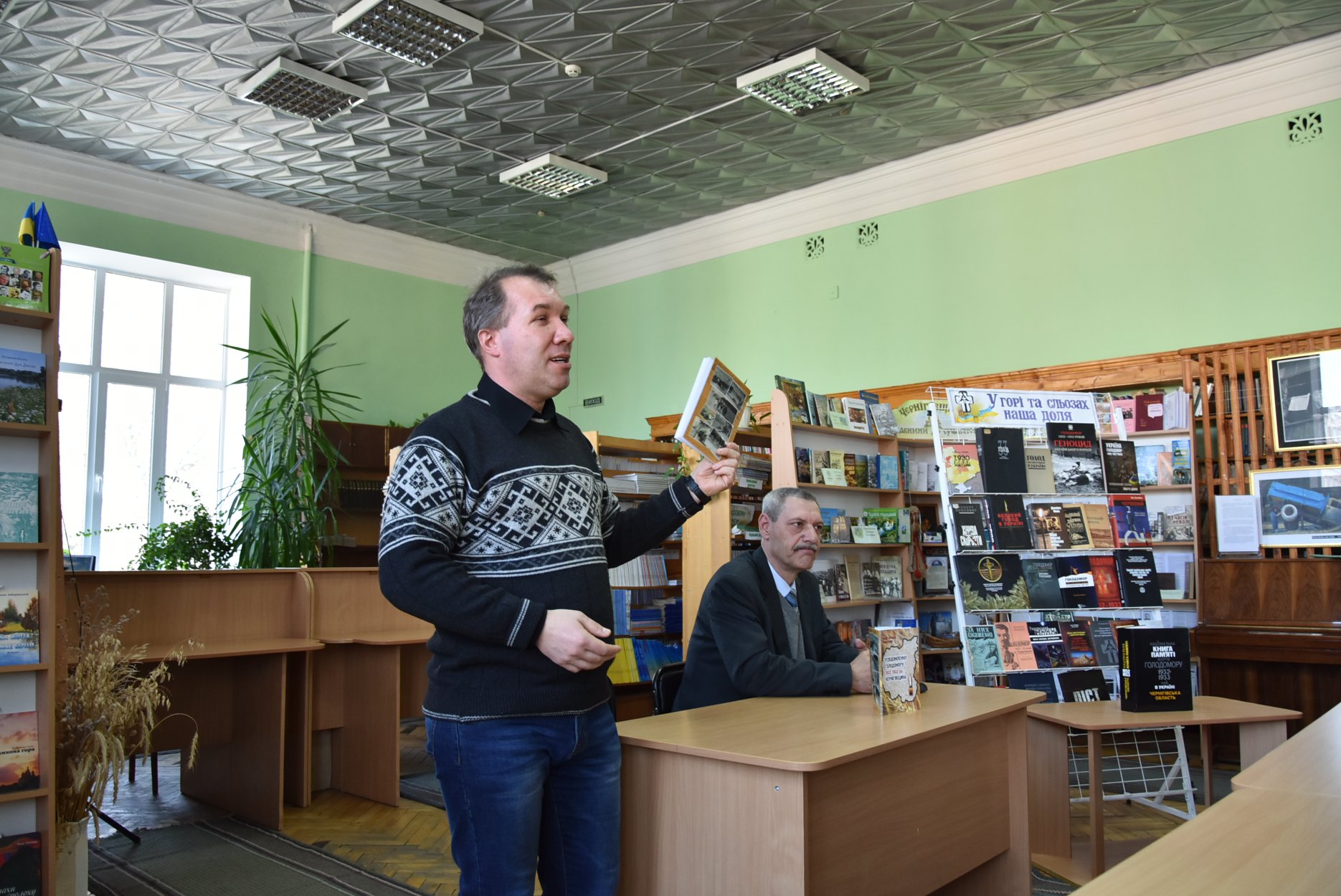 On March 18, in Chernihiv, in the central library named after Mykhailo Kotsiubynskyi, a presentation of the new book Awareness of the Holodomor of 1932-1933: Chernihiv region by Serhiy Horobets and Serhiy Butko was held, according to CHEline information resource.

“Do you know where there is a monument to the victims of the Holodomor in Chernihiv? The answer to this question is simple – there is not any. Why this happened, the new book tells about. The book is unique because it raises painful questions. Why did Ukrainians “forget” about the death of people from starvation? ” says Olga Haiova, head of the library service department, who opened the presentation of the new edition.

“Today it is known that in the Chernihiv region, almost as many people died as a result of the Holodomor in less than a year, as during the entire Second World War,” said historian Serhiy Horobets.

He emphasized, “We must realize the substitution of the concepts: as there was no mass death of people, there was no famine either. This is a fairly widespread stereotype in our region, which essentially masks the scale of the crime, underrates the tragedy of the realities of that time. In fact, in Chernihiv, the famine was everywhere and in extremely difficult forms.”

Serhiy Butko said that the situation in the Chernihiv city community is a clear manifestation of the disease called “post-genocidal society”. He stated: “In the Chernihiv region volume of the National Book of Memory of the victims of the Holodomor of 1932-1933 in Ukraine issued in 2008 in the section “Martirology” (pages 647-711), there are the names of 3,529 Chernihiv residents who died of starvation. Despite all the decisions, decrees and promises, the local authorities, the political and economic elite, and the city community have so far failed to honor the memory of these victims of the communist regime by a memorial sign. For them, it is NOT relevant, and the words about memory are a formal ritual… While teachers and professors complain that children have no place to put flowers and worship the victims. Not to mention that such memorial sign in Chernihiv may symbolize the honor and memory of the victims of the whole region.”

Historians have emphasized that knowledge of the history of the Holodomor, as well as other Russian-communist crimes, is also an instrument and weapon for the modern Ukrainian society and its state for solving current problems, and for successful beating of Russian aggression. At the end of the event, the authors passed a copy of their book to the staff of Chernihiv Professional Lyceum of Railway Transport, the students and teachers of which took part in the presentation.