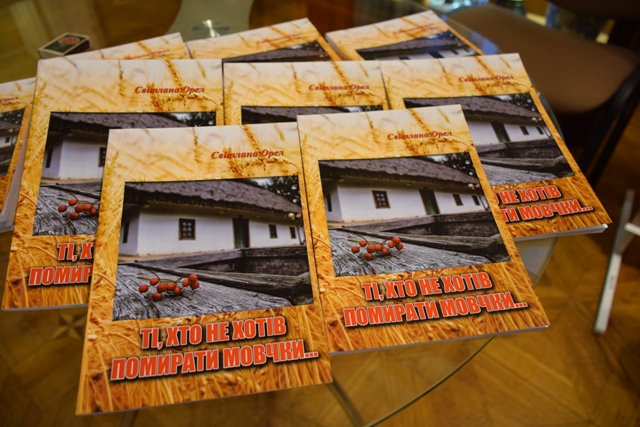 To the 85th anniversary of the Holodomor-genocide in the Kirovohrad Oblast Museum of Local Lore, the book “Those Who Did not Want to Die Silently …” was presented. A documentary-journalistic exhibition “Ukraine 1932-1933: Genocide by Famine” was opened, the press service of the Regional State Administration reports.

The author, a well-known journalist and ethnographer Svitlana Orel, described the process of working on the book . According to her, the book is written on the basis of archival materials on people repressed in 1932-1933.

“Out of a thousand cases, the most revealing were included in the book,” the writer explained. “For many years everything was silent, and then documents, memoirs with terrific facts opened. And for all these years, for the most part, the focus was on victims, misery, sorrow and tears, on tragic scary things, but these moments of mass resistance, protection, self-preservation, and anger were somehow ignored.”

Svitlana Orel thanked the scientist of the regional archive, researcher and writer on the Holodomor Ivan Petrenko, who helped her to write a book.

The book was released in the framework of the regional program of book publishing development and book distribution circulation. Almost all of 500 copies of it will be distributed to the libraries of the region.