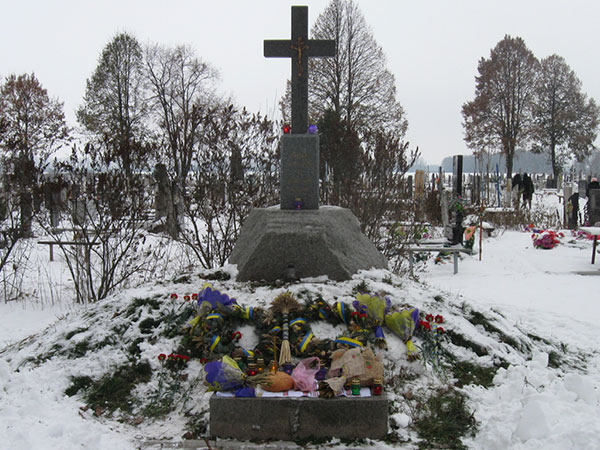 A candle in every window, a procession in every village

On November 24, millions of Ukrainians took part in the commemoration of the Holodomor victims of genocide in 1932-33. People lit candles near the windows, organized a commemorative walk or a veche in their village. We have collected several reports from the ceremonies of honors that have been held throughout Ukraine.

In the town of Zhovkva, on November 23, the People’s Remembrance Chamber was held. The participants of the event in the regional center of the Lviv region gathered near the memorable sign of the cross with a mournful procession. There was a laying of flowers, a funeral service, and a minute of silence for the sake of the memory of 7 million Ukrainians – victims of the genocide of 1932-1933.

In Petrovka village of Pokrovsky district of Donetsk region, residents supported the all-Ukrainian action, and gathered near the memorable cross to the victims of the Holodomor. Teachers of history of the village interviewed alive witnesses to collect and record information about the Holodomor in their area. And on November 24, in the village library, an event called “Memory of the ears – to the life five unpassed steps” was held for schoolchildren and anyone who wants.

In Khrystynivka, one of the district centers of the Cherkasy region, the memory of the victims of the Holodomor-genocide was commemorated by a mournful rally-requiem and a memorial service at the city cemetery. Residents brought flowers, wreaths, snails of ears and lamps to them in memory of innocently killed Ukrainians. During the memorial service, Archpriest Father Gennadiy emphasized that “we must remember this tragedy, so that it never happens again.”