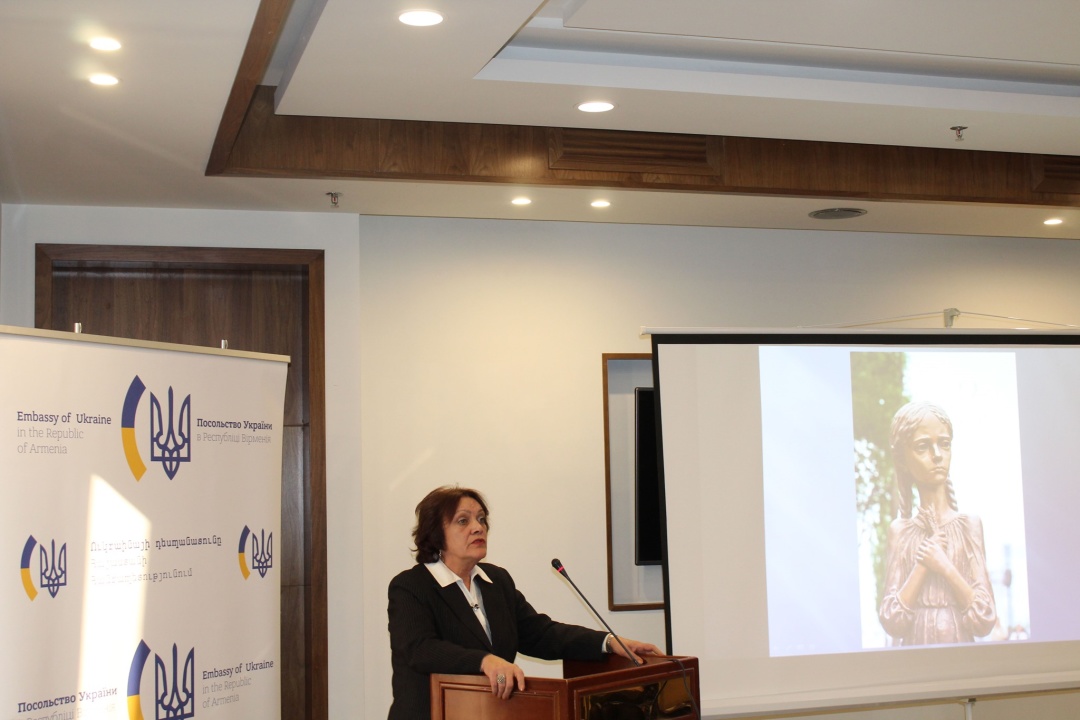 A Conference on the Holodomor Genocide Was Held in Yerevan

At the end of November, the conference “The Holodomor of 1932–1933 in Ukraine – Genocide of Ukrainian Nation” took place in the capital of Armenia, – the press service of the Embassy of Ukraine in the Republic of Armenia informs.

At the beginning of the conference, the participants commemorated the Holodomor victims in Ukraine with a moment of silence.

In his speech, Charge d’Affaires of Ukraine in the Republic of Armenia Denys Avtonomov told about the root causes of the Holodomor in Ukraine, stressing the deliberate actions of the criminal communist regime to destroy the Ukrainian nation.

Also, the Chairman of the Federation of Ukrainians of Armenia “Ukraine” Anna Arutiunian informed the audience about the practical methods of conducting the Holodomor by the Soviet authorities, as well as about the losses of the Ukrainian people.

National Self-Determination Leader, dissident Paruyr Hayrikyan shared his own memories of communicating with Viacheslav Chornovil and Levko Lukianenko, Ukrainian dissidents, during their imprisonment in the labour camps during Soviet times, underlining the importance of their studies of the Holodomor.

The head of the European Party of Armenia and the renowned Armenian film director Tigran Khzmalyan in his report spoke about the modern forms of genocide – political, religious, cultural, which are being implemented with the aim of destroying the nations in the present conditions.

Leading expert of the Armenian Institute of International Problems and Security Ruben Megrabyan emphasized the factor of recognition of the Holodomor in Ukraine as genocide of Ukrainian nation in the context of national security of the state.