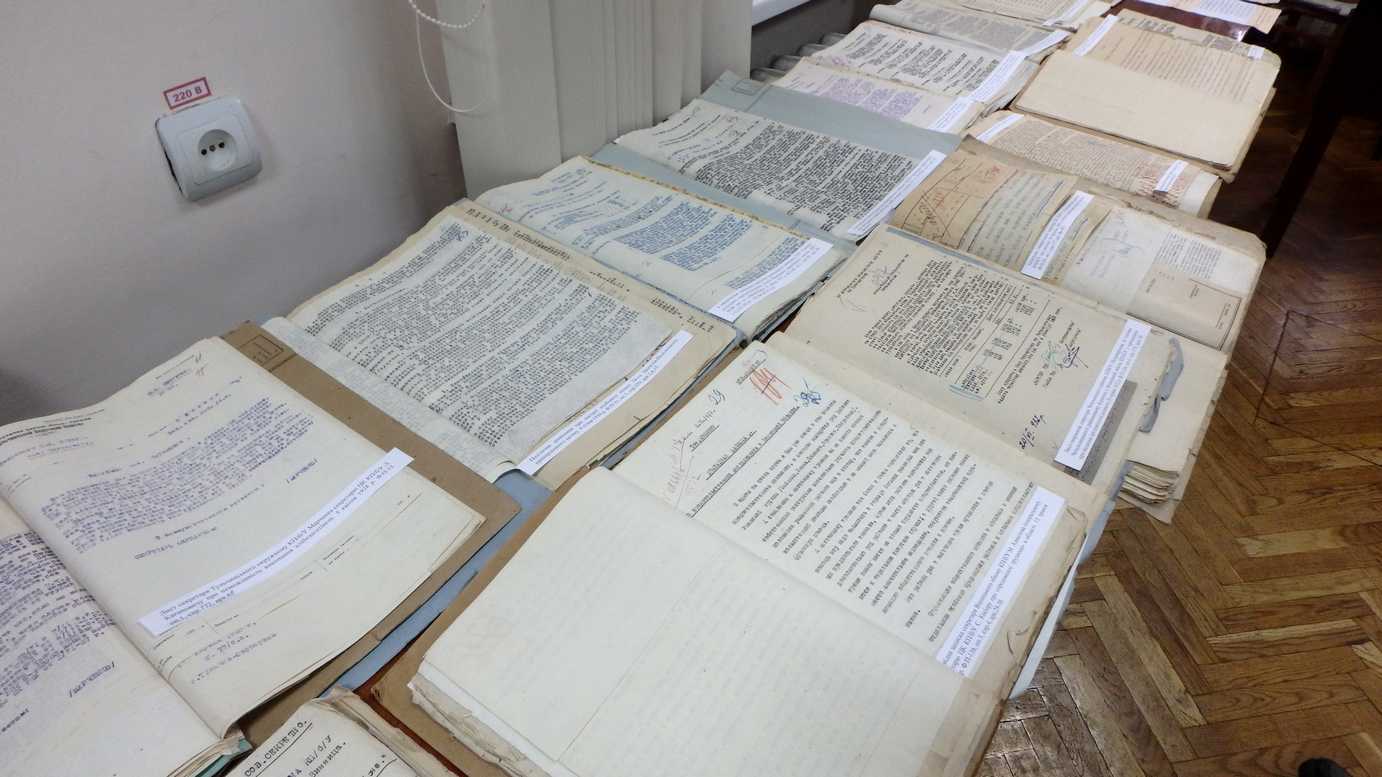 Photo-documentary exhibition “Ukrainian Holocaust: lessons from the Past for the Future” was presented at the State Archives of Vinnytsia Region, according to the Internet resource “The City”.

The exposition consists of four sections, which tell us about the economic and political situation in Vinnytsia region during the period of 1928-1932, the impossibility of grain procurement and the people’s lack of bread. There are some descriptions of cannibalism cases and exoduses of peasants from collective farms. Shocking memorandum notes tell us about the throwing of children to orphanages, the high death rate in children’s shelters and the inability to maintain children’s facilities due to lack of food.

At present, many of the eyewitness testimonies are stored in the archives, but most were recorded in the late 1990s, when they just started to talk about Holodomor. But not so long ago, students of the Vinnytsia State Pedagogical University transferred 255 cases to the archives. They reveal a wide field to study the topic of the Great Famine in the context of each district,” – says archivist Igor Titarenko. The «Volynky» rebellions, attacks on warehouses, killings of activists, distribution of leaflets, export of grain, refusal to work are mentioned in these cases. A tragic situation of representatives of the local leadership, who became the victims of repression (they were simply shot at the workplace) because of an attempt to save fellow-countrymen from starvation was also described.

The eyewitness testimonies constitute a significant part of the exhibition: “These documents were collected by the Vinnytsia State Pedagogical University, mainly by students of the institution of higher education. They conducted a poll of old-timers who witnessed Holodomor either themselves or one of their relatives witnessed at their place of residence, so they gathered a solid base. And there are well-presented regions and bad ones. The main value of these testimonies is that they can be compared with the documents issued during the Soviet period, that is, after Holodomor. Many of these documents submitted false (calumnious) information “, – noted the archivist Igor Titarenko.

According to archivists, in Vinnytsia region, Holodomor led to the deaths of more than a million people. In particular, according to the data of the “special” sector of the Vinnytsia Regional Committee of the KP (b) U, 4 million 726 thousand people lived on Holodomor in Vinnytsia, and on July 1934 the population of the oblast decreased to 3 598 thousand people.