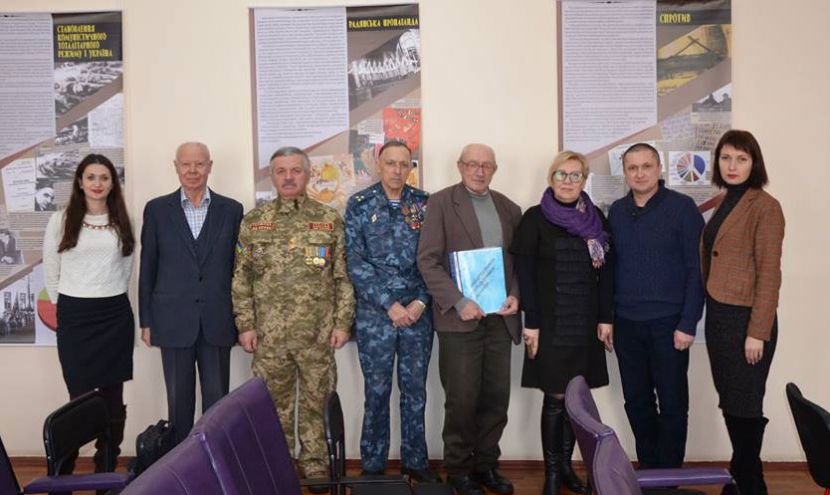 A photo-documentary exhibition about the Holodomor opened in Konotop

Local history museum in Konotop named after Lazarevskyi opened an exhibition on January 28, 2019 entitled “Ukraine 1932-1933. Genocide by hunger”, reported a local resource. Materials for her were prepared by the Ukrainian Institute of National Remembrance in Kyiv.

The exhibition tells about the conditions of the Holodomor, the mechanism for the implementation of the genocide of Ukrainians, as well as the hunger from the position of the peasants themselves – how people survived, where they could find food and ways of salvation. Scientifical and popular texts, prepared by historians on the basis of documents, facts and statistics, are equally accompanied by photographs and illustrations.

The exhibition was opened by representatives of the region and city administration, and a scholar of the museum, Shamil Akichev, told about the Holodomor in Konotopsky region.

Simultaneously the book exhibition “The Holodomor of 1932-1933 in Sumy Region” runs in the museum.

We remind that the exhibition “Ukraine 1932-1933. Genocide by Famine” is mobile and has already been presented in various parts of Ukraine. Its purpose is to spread knowledge about the Holodomor among the population.