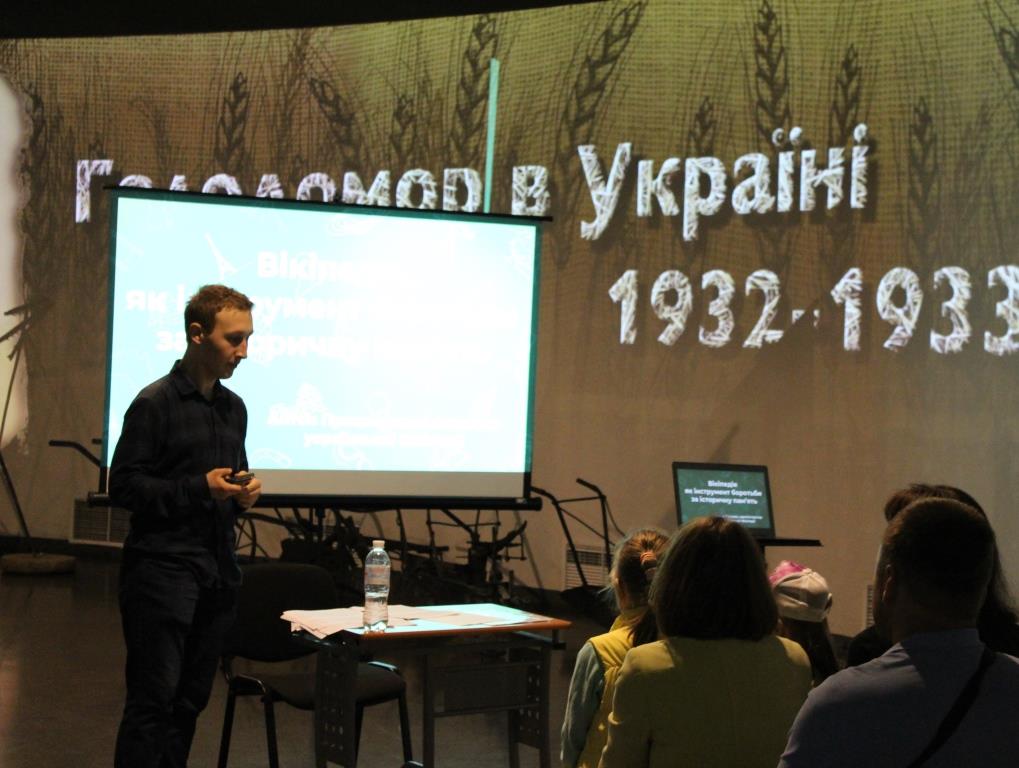 A Workshop on Historical "Wiki Wars" Was Held in the Museum

On May 12, in the Hall of Memory of the Holodomor Victims Memorial, the Ukrainian Wikipedia administrator Anton Protsiuk conducted the workshop “Wikipedia as an Instrument in the Wars for Historical Memory.”

Everyone uses Wikipedia, but not everyone knows how it is created. Since anyone who wants can edit articles, sometimes the real “wiki wars” start on controversial issues. However, informational wars on Wikipedia are not just the mechanical wars of edits, but a complex system of long discussions, conflicts and mediations. For example, in Russian Wikipedia, the discussion of the Middle East conflict takes 106 pages of A4.

Workshop participants compared Wikipedia articles in different languages. They were able to see striking differences in the interpretation of historical events that have public resonance.

The article on the Holodomor of 1932–1933 in Russian Wikipedia supports Russia’s policy of denying the Holodomor as an act of genocide against Ukrainians. The term “Holodomor-genocide” is not used at all, but the article is called “Famine in Ukraine (1932–1933)”.

Unfortunately, today in Ukraine, the number of appeals to the Russian and Ukrainian sections of Wikipedia is almost identical; respectively, the Russian view on the events of Ukrainian history affects the worldview of Ukrainians.

At the same time, there are not enough articles about historical events in Ukraine in other languages.

Anton Protsiuk asked the Ukrainian-speaking segment of Internet users to take an active part in creating new and editing existing articles, not only in Ukrainian but also in other languages. This will allow expanding the Ukrainian content of Wikipedia and prevent the speading of anti-Ukrainian information.

Recall that on April 17, 2019, in the Hall of Memory of the Holodomor Victims Memorial, a lecture “Visual Images in the Memoirs of Eyewitnesses of the 1932-1933 Holodomor” was held.