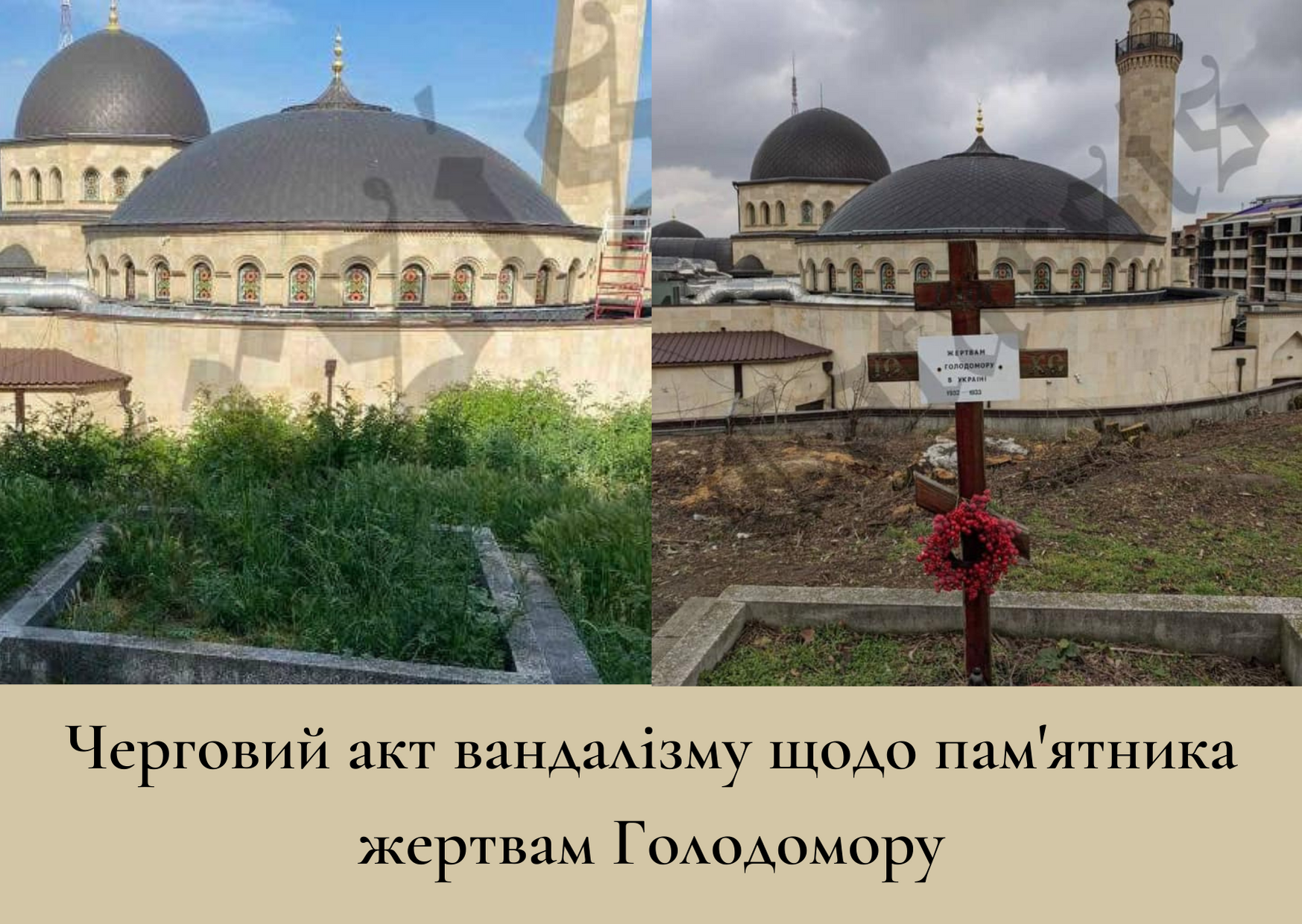 Act of vandalism against the Holodomor victims monument

In Kyiv, unknown individuals threw down a memorial cross to the Holodomor victims. The Mufti of the Spiritual Administration of Muslims of Ukraine Said Ismagilov wrote about this on his Facebook page.

The cross was erected in the old cemetery on Lukianivska Street (near Ar-Rahma Mosque).

Kyiv police told the journalists that the authorities were checking the information about the incident. Recently, public activists restored the destroyed monument.

The Holodomor Museum condemns all acts of hatred against memorial sites and calls on the National Police to investigate the incident.

This is not the first act of vandalism against monuments to Holodomor victims. This March, vandals threw an explosive device at a monument in Kryvyi Rih, in August last year, unknown people damaged the sculpture “Bitter Memory of Childhood” near the Holodomor Museum in Kyiv, and in July 2019 in Mykolayiv region, some details were stolen from a monument to the Holodomor victims.