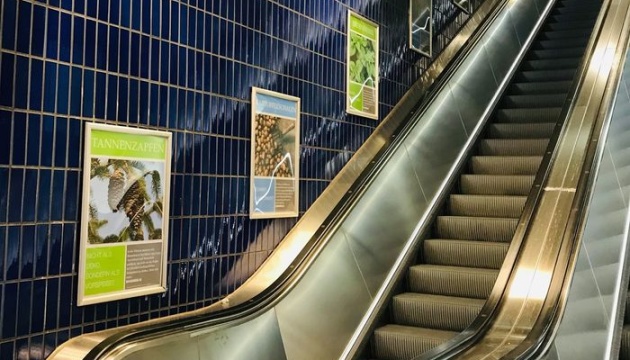 In Munich, Germany, on one of the streets and the metro station, activists posted visual materials about the Holodomor in Ukraine, Ukrinform reports.

Activist of the Ukrainian community in Germany Natalia Tkachuk commented for Ukrinform on this campaign, “Ukrainians living in Bavaria, given the restrictions due to the COVID-19 pandemic, have decided to honor the memory of the victims of the Holodomor in Ukraine in 1932–1933 in a format that is possible under quarantine. We have created a website where information about the Holodomor genocide is presented exclusively in German. Alsoб in the center of Munich, on one of the most famous streets of the Bavarian capital—Marienplatz, there are posters on the Holodomor.”

In addition, visual information about the Holodomor is available from November 24 to December 3 along the escalator at one of the stations of the central line of the Munich metro.

According to Tkachuk, in such a way the activists want to draw the attention of residents and guests of Munich to the tragedy of the Holodomor.

Activists also once again raised the issue of recognizing the Holodomor as genocide of the Ukrainian people by the German parliament.

Next, it is planned to organize a demonstration of posters about the Holodomor in Berlin and other cities in Germany.

The action was organized by members of the initiative group, who in December 2018 submitted a petition to the German Bundestag to recognize the Holodomor as genocide of the Ukrainian people, as well as representatives of the Central Union of Ukrainians in Germany.