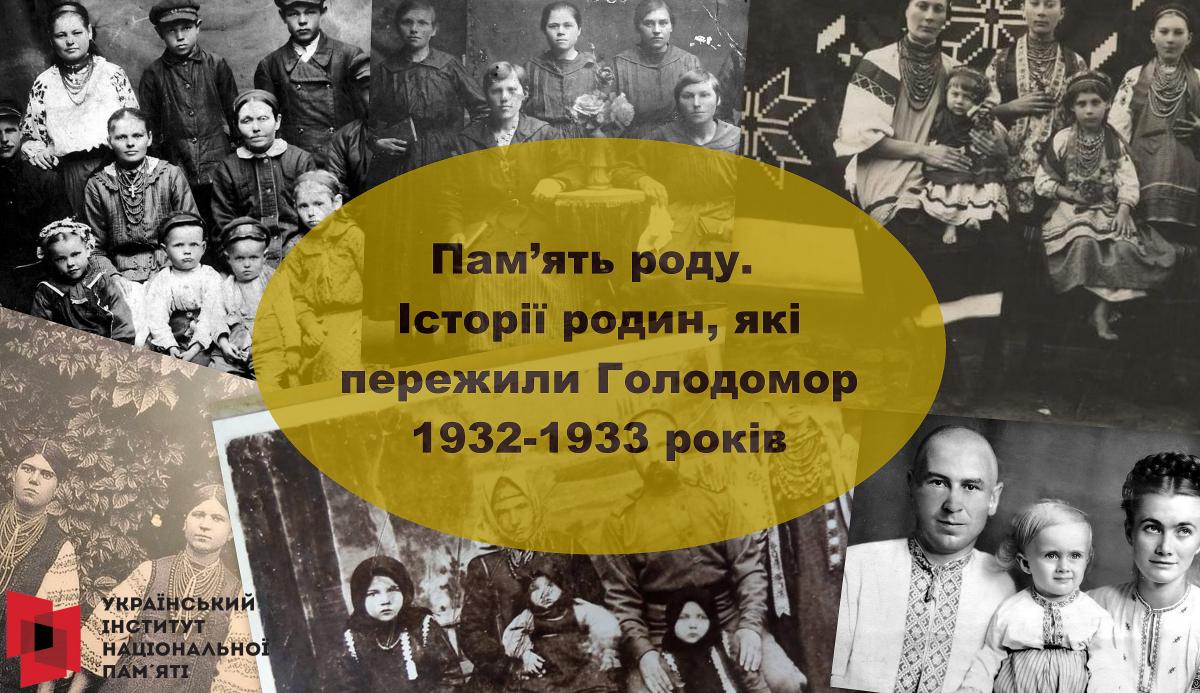 All-Ukrainian Action "Memory of the Family"

The Ukrainian Institute of National Remembrance launches the All-Ukrainian Action “Memory of the Family”, the purpose of which is to search for and collect the memories of the descendants of people who survived the Holodomor, and family photos made before the Great Famine.

The collected testimonies will be published on the web-site “85th Anniversary of the Holodomor” and distributed on official pages of the Institute in social networks. These stories and photos will be included in a separate collection, the publication of which is initiated by the Institute. Also, on the basis of these materials, the Institute intends to make an exhibition jointly with the National Museum “Holodomor Victims Memorial”. All received memories and photos will be deposited to the Museum.

Complete information about the Action can be found by the link.

We recall that on September 1, 2018, the National Museum “Holodomor Victims Memorial” launched an International Action “Let’s Light a Candle of Memory!”.