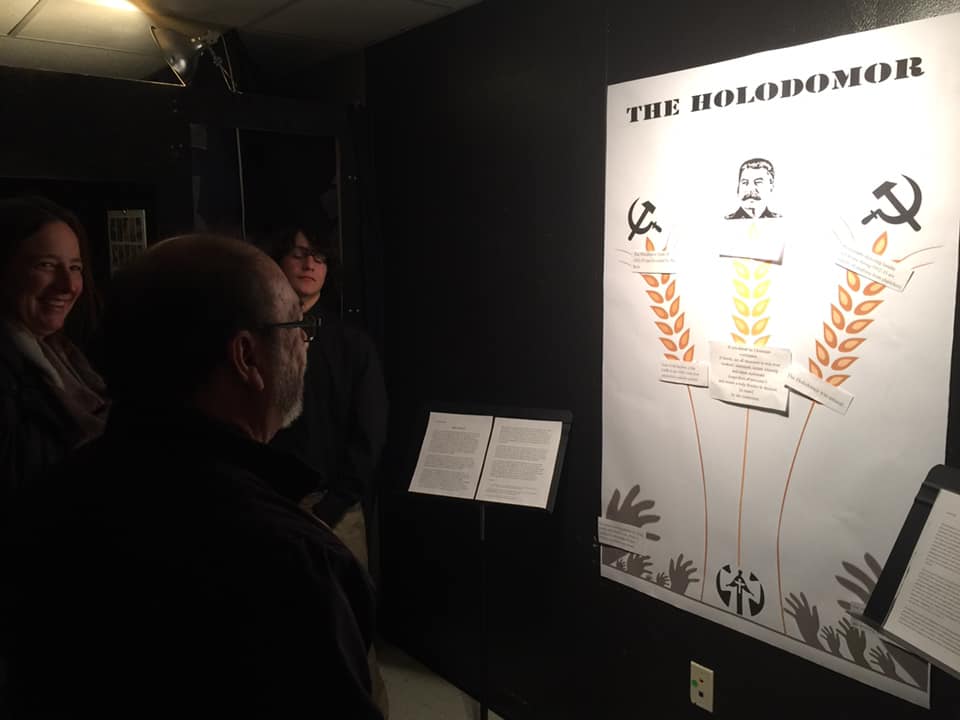 American schoolchildren from Colorado study the history of the Holodomor

Students studied the history of the Holodomor as part of a course devoted to the genocides at Animas High School in Durango, Colorado, USA, according to The Durango Herald.

Holodomor was chosen as a topic for their own study by Nicolas James Gilmore (15 years old) and Joseph Rioux (16 years old). Students became interested in the plot about concealing the Holodomor-genocide. Student were surprised by articles in The New York Times in which the Holodomor was denied. “The New York Times at the time reported that the Russians were treating the Ukrainians well after a reporter was duped when shown model villages, “Potemkin villages,” and little was reported about the Soviet-imposed famine,” Rioux said.

Teacher of the course, Laurie Fisher, said that the students realized that a lot of factors influence the genocides. She hopes that the course will allow students to understand how genocides begin, and what people can do to prevent repetition of such crimes in the future.

We remind that the Holodomor Victims Memorial invites schoolchildren and students to attend the workshop “How to Distinguish Fake and Truth in the Mass-Media.” To book a lesson, please call: (044) 254-45-11