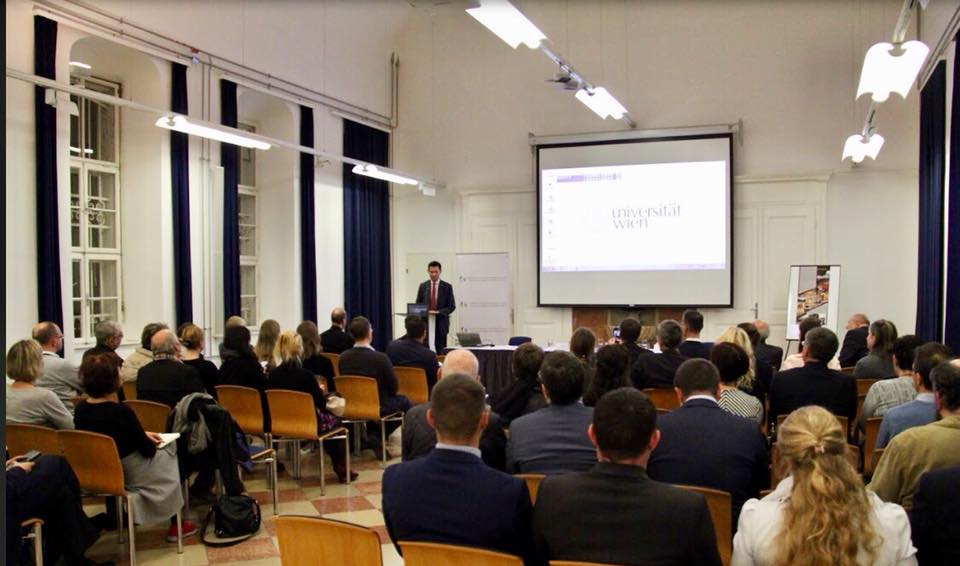 Ambassador Alexander Scherba and Professor Voldan spoke to the audience with a words of welcome.

The event was attended by academics, government officials, diplomatic corps, clergy, the Ukrainian community and students from the University of Vienna.

During the event, the general vicar of the Eastern Roman Catholic Church Yurii Kolas spoke with a separate report, Ukrinform reports. He described how in Austria, at the end of 1933, the “Inter-Confessional and International Committee of Assistance to the Territories of the Soviet Union Suffering from Starvation” was created at the initiative of the Cardinal of Vienna, Theodor Innizer. He also showed the photos of Ukrainians who died directly on the streets of Kharkiv, made during Holodomor by Austrian engineer Alexander Winerberger, which were later transferred to Cardinal Innizer.

“And this Cardinal instead of shaking his head, spluttering his tongue and doing his own business, he began to draw the attention to this problem. He created the “Inter-Confessional and International Committee of Assistance to the Territories of the Soviet Union Suffering from Starvation.” He organized the meeting of religion confessions presented in Vienna (everyone responded – supreme rabbi and the heads of the Armenian, Romanian, Serbian communities , only the Russian Orthodox church did not come). He started collecting money and food. He headed a special committee in the League of Nations. It was the most prominent voice in Europe, he was indifferent. One Christian leader who was the cared about human suffering,” said Oleksandr Shcherba.

During the event, there was also held  the opening of the thematic exhibition dedicated to the 85th anniversary of the Holodomor of 1932-33 in Ukraine. From 13 to 30 November it will be shown in the lecture room of the University of Vienna Center at