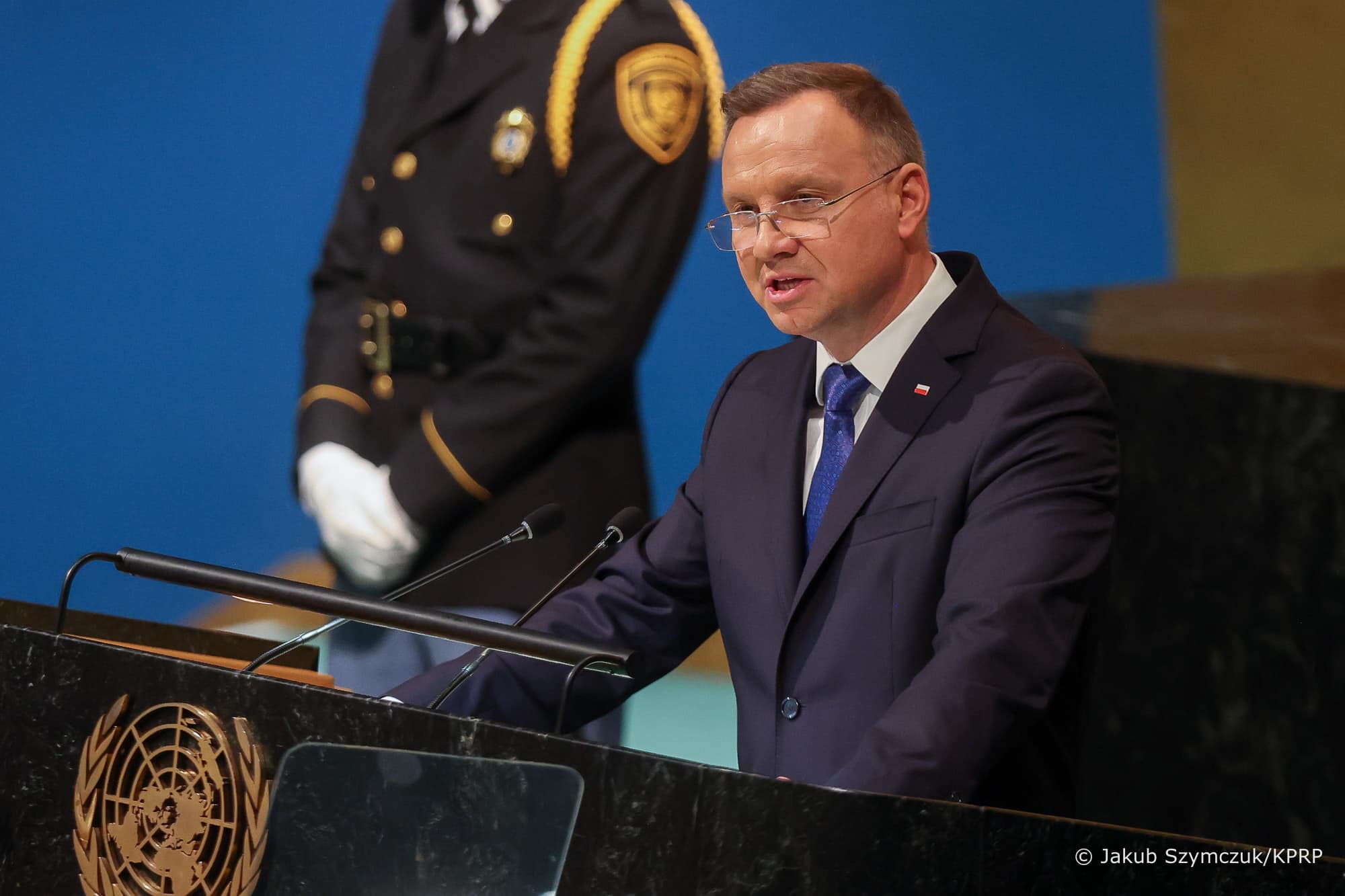 Andrzej Duda: “This is a disaster with the help of hunger”

Polish President Andrzej Duda compared the Putin regime’s tactics of destroying crops in Ukraine and blocking grain exports to the inhuman Holodomor policy of the 1930s. He stated this in his speech at the 77th UN General Assembly, reports Ukrinform.

“From the very beginning of the invasion, Russia has deliberately and cynically destroyed crops and agricultural equipment,” said the Polish president.

He emphasized that due to this, the harvest has significantly decreased because Russia has seized 22% of Ukraine’s agricultural land. According to preliminary estimates, this year, Ukraine will collect 35% less grain “than what this granary gave to a large part of the world.”

Duda stated that not only Ukraine suffers from such actions of the Russians but also other states that need Ukrainian grain. And this, according to him, is the economic weapon that hits Africa and the Middle East the hardest.

“I have been involved in politics long enough to be naive in this matter. We see a purposeful and conscious policy. This is a catastrophe with the help of hunger, provoked by Russia, Duda is convinced. – We are obliged to prevent someone in the 21st century from deliberately and cynically causing a man-made famine in order to achieve their political goals, as Stalin did in the 1930s.”

The Polish leader emphasized that he “sees the necessity to create punishment mechanisms” to bring to justice those guilty of violations of international law, “those who deliberately destroy crops.” He added that Russia is waging war not only against Ukraine, but also against the common values of all mankind.