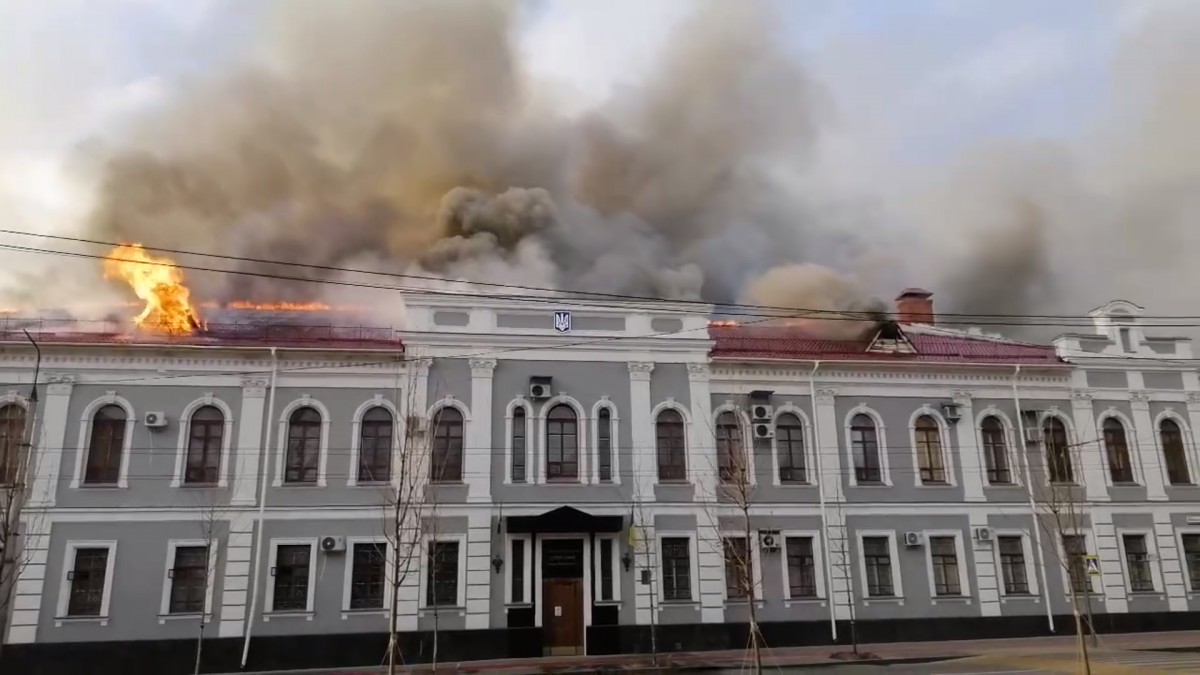 Burned out memory: Russians destroyed the SBU archive in Chernihiv

Russian invaders destroyed the archives of the Security Service in the Chernihiv region. The cases of the repressed in Soviet times are lost forever. The Verkhovna Rada Commissioner for Human Rights Liudmyla Denisova announced this in her Telegram channel.

The SBU unit in Chernihiv kept significant amounts of documentary material: about 13,000 cases of repression, as well as documents of the Soviet secret service – orders, correspondence, personal and intelligence files of the twentieth century.

Unfortunately, some Ukrainians will never be able to learn the truth about their relatives who were repressed by the Soviet regime.

“God, there is the case of my grandfather, repressed in 1937. I found my last name in the Book of Memory, but I didn’t see those documents.” Svitlana Mykhailyuk from Kyiv wrote on Facebook. – How unfair it is: for the second time the memory of relatives has been erased, my uncle at the age of 95 (now in Chernihiv) and my mother at the age of 90 (now in a village in the Chernihiv region, is locked in a house, and I can’t get through) only recently learned the truth about their father and were shocked… »

At the same time, the Ministry of Justice concerning the head of the State Archival Service of Ukraine Anatolii Khromov reports that more than one archival building in Ukraine has been damaged so far.

“Currently, it is known that at least one archive was destroyed in the Chernihiv region. The SBU archival department burned down. These are documents concerning the repressions of the Soviet regime against Ukrainians,” Khromov said.

In addition, according to him, it is known that at least several archives were damaged, in particular, in Kharkiv, but so far, the documents have survived.

“But we do not know what is happening to some departments of district state administrations in the temporarily occupied territories. Unfortunately, there is no information about the condition of the buildings, as well as the fate of the archivists who stayed there,” said the head of the Ukrainian State archive.

He emphasized that the real state of archival documents will be known after the liberation of these territories and the audit of the funds.

Khromov said that theft of Ukrainian archival documents is commonplace in Russia, as it was in Soviet times and after the capture of Crimea and parts of the Donetsk and Luhansk regions. He stressed that the russian archive is a part of the propaganda machine of the aggressor country.

It is also common for Russians to destroy archives to cover up the regime’s crimes. It was the purpose that a significant amount of documents on the Holodomor of 1932-1933 was destroyed during the Soviet era.