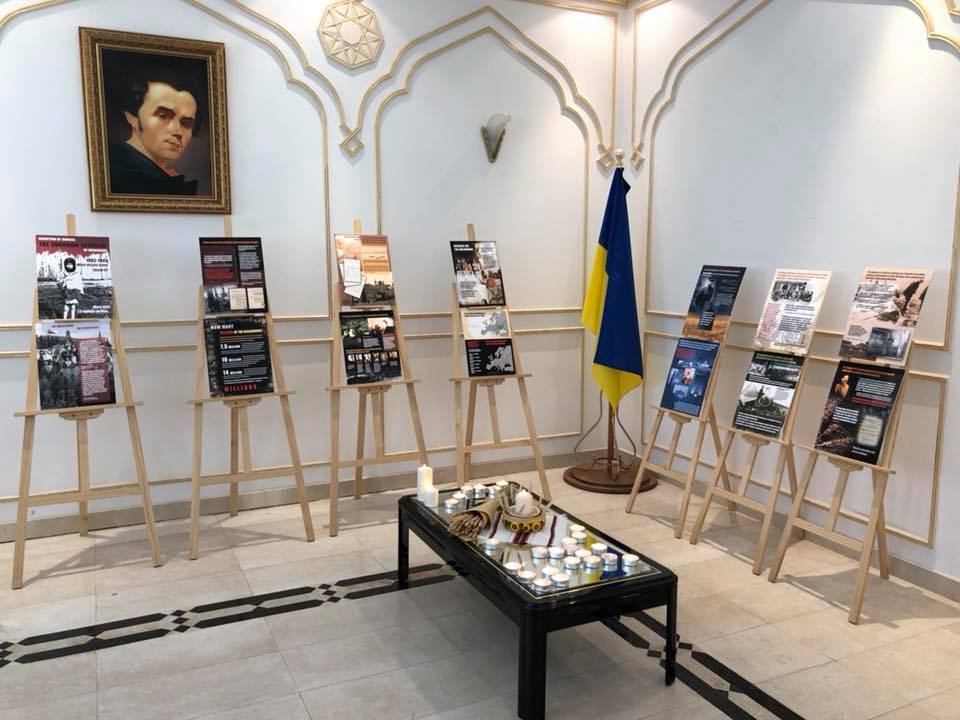 Embassy of Ukraine in the United Arab Emirates joined the "Let's Light a Candle of Memory!" Action

On October 14, 2018, the Embassy of Ukraine in the OAU joined the International Action “Let’s Light a Candle of Memory!”, which took place within the framework of a complex of events under the auspices of the Ministry of Foreign Affairs of Ukraine in connection with the 85th anniversary of the Holodomor of 1932-1933 in Ukraine – a genocide of the Ukrainian people, is reported on the Facebook page of the Embassy.

“The action was attended by activists of the UAE Ukrainian community, Embassy staff, as well as Ukrainian servicemen who are currently undergoing rehabilitation and recreation in the UAE. At the beginning of the meeting, the Ambassador of Ukraine to the OAU made a brief speech, after which all quests lit candles of memory and honored the victims of the Holodomor with a minute of silence. The materials of the exhibition “Executed by Famine: The Unknown Genocide of Ukrainians” were presented at the event, – the statement reads.

Recall, on September 14, the action was held in Dubai.