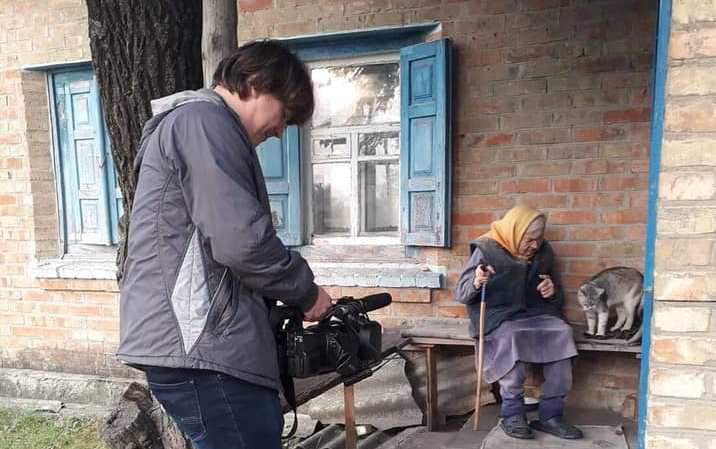 For commemoration the 85th anniversary of the Holodomor, the Ministry of Culture of Ukraine, together with the National Museum “Holodomor Victims Memorial”, launched a project to record interviews with people who survived the Holodomor. With this aim, in October 2018, the employees of the Ministry went to the expedition to Cherkasy region, having previously received the contact details of witnesses of the Holodomor from the museum. The results of expeditions, namely a series of videos, will be made shown on television, and then transferred to the museum for storage. The National Museum “Holodomor Victims Memorial” is planning to display these videos in the Hall of Memory in the future.

“We shoot a series of stories of extraordinary people who survived the worst in their lives – the Holodomor, the genocide of 1932-1933. From their stories, frost is under the skin… And there is the understanding that time has passed, but the enemy has remained the same. And now, each of us must realize it, and make everything possible for such crimes against humanity could to never be repeated. And we always have to remember and pass on to the descendants the history of those who saw the Holodomor in their own eyes”, – shares the impressions after the expedition the spokesman of the Minister of Culture Yulia Datsenko.

“I love dumplings with potatoes, cheese, and liver… Thanks God, today I can savor not only them… and 85 years ago I dreamed of eating at least one chopstick from the flower of acacia or linden…”, Lyubov Gotsulyak, the member of the expedition, cites the words of the Holodomor witness Ivan Stukal (born in 1928).