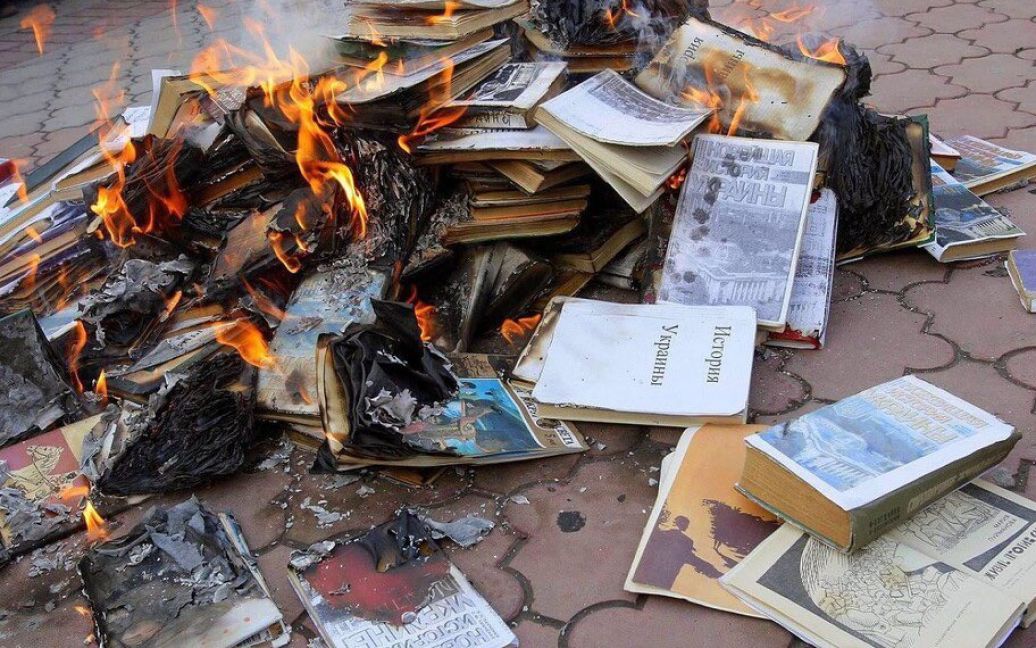 Fedir Turchenko, historian: “When they start burning books, there will be a time when they will burn people too.”

By seizing Ukrainian books from libraries in the occupied territories and destroying them, the occupiers are trying to deprive Ukrainians of their history and identity. Fedir Turchenko, doctor of historical sciences, professor, and author of school textbooks on the history of Ukraine, told about this on the air “Suspilne Zaporizhzhia.”

“This horde that came to us from the north, in addition to killing, raping, mocking, it burns our books,” says the scientist. – They want to liquidate Ukraine and thus liquidate everything related to it. Ukrainian books are a manifestation of our mentality and our national character.” That is why, the scientist notes, the occupiers destroy any Ukrainian literature, even if it is poetry.

“Their methods provide that after they enter a particular village, they conduct an audit of the libraries. As books manifestates our individuality, which they came to destroy, believes Fedir Turchenko. It was predictable because from my own experience, I remember how, sometime in the early 2010s, when the next elections took place, and pro-Russian parties were active, especially in Crimea, I came across a photo with an image of the books being burned. And there was the history of Ukraine among them.”

The historian suggests that such actions are a sign of an unhealthy society and the moods in it. “When they start burning books, there will be a time when they will also burn people,” says Mr. Turchenko. “Remember Nazi Germany – that’s where it all started.”

He added that the Ukrainian state should correct the mistakes it made in the past and “provide opportunities for the full development of Ukrainian culture, the Ukrainian word, Ukrainian television – that is, “everything Ukrainian in form and spirit.”