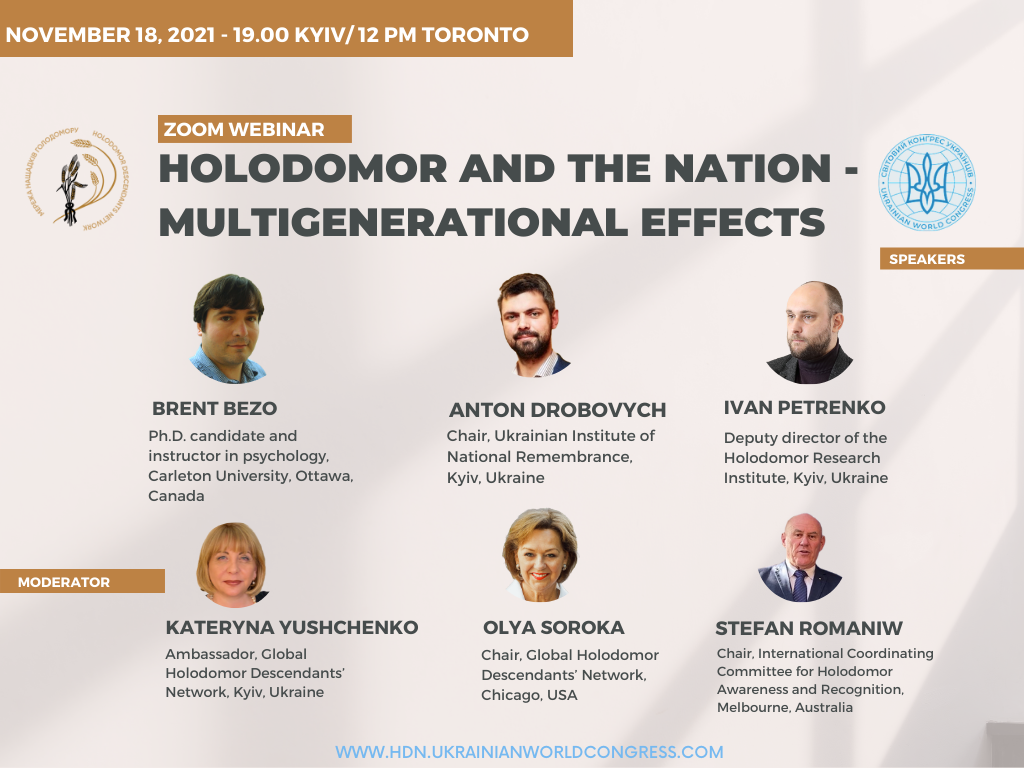 The Holodomor genocide became the page in the life of the Ukrainian nation that forever changed the course of its development and left a tragic imprint on all spheres of life of Ukrainians. Ivan Petrenko, Deputy Director of the Holodomor Research Institute, emphasized this during the webinar “The Holodomor and the Nation: Multigenerational effects.”

“The impact of the Holodomor on Ukrainians’ spiritual, cultural, and moral-psychological lives is undeniable, as they continue to feel these negative changes,” Ivan Petrenko emphasized. – The primary consequences are the destruction of Ukrainian families, culture, and the spiritual foundations of Ukrainian life. The communist totalitarian regime used fear to suppress Ukrainians. People were intimidated, afraid to tell the truth, and as a result of this fear, they lost the will to oppose the regime. Deportations, evictions, looting, and confiscation exacerbated this fear. Unfortunately, this fear remains engrained in the minds of many Ukrainians, particularly the elderly.”

Ivan Petrenko also reminded that complex forensic examinations have already been investigated and published as part of criminal proceedings for genocide against the Ukrainian nation. Experts based on a broad source and factual base have established that 10.5 million Ukrainians, including 4 million children, were killed as a result of the Holodomor genocide in Soviet Ukraine and Ukrainian historical ethnic territories in the Soviet Union. Furthermore, these investigations established the causes, course, and mechanisms of the genocide of the Ukrainian nation.”