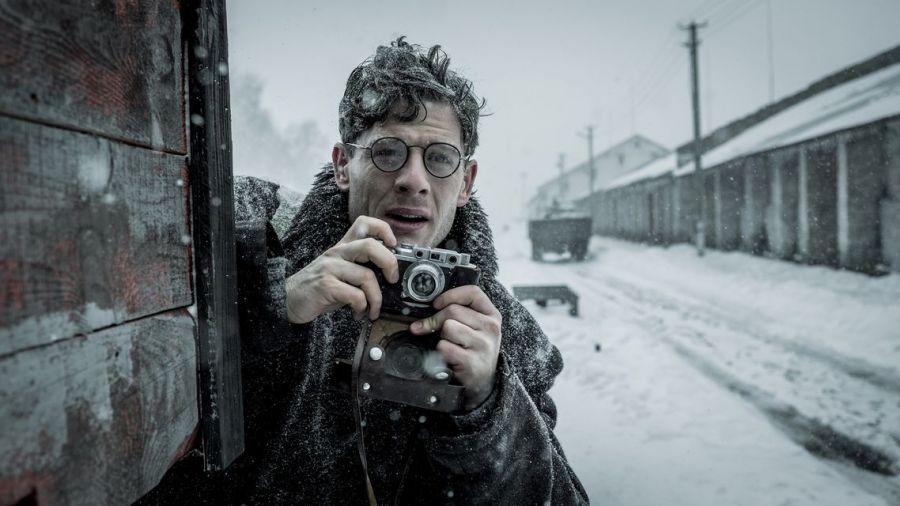 Yesterday National Film Company of Ukraine reported that the Ukrainian-Polish film “Gareth Jones” was selected for the main program of one of the most prestigious film festivals in the world – Berlinale (Berlin International Film Festival), which will take place in Berlin this year from 7 to 17 February. The festival is famous for showing films on top social and human rights issues.

The Gareth Jones film was created in collaboration between Poland, Ukraine and the United Kingdom. The basis is the real story of the Welsh journalist Gareth Johnson, who arrived in Ukraine in 1933 to document the truth about the Stalinist crimes during the Holodomor. This investigation subsequently formed the basis of the famous novel, the dystopia of G. Orwell “Animal Farm”.

The film of the Polish director Agnieszka Holland was shooted in 2018 in Ukraine, then the shootings were moved to Poland and the UK. The main role of the journalist plays British actor James Norton, from Ukrainian actors Yakov Tkachenko and Oleg Drach were involved. The budget of the picture is UAH 262 million, 1/10 of which was provided by National Film Company of Ukraine.

As chairman of National Film Company of Ukraine Philip Illenko noted, “it is important that from all of the films supported by our organization, exactly the “Gareth Jones” will compete this year for the main award at Berlinale. This movie is important not only for Ukrainian cinema, but also for all Ukrainians, because its participation in the main competition program of the festival will help to bring the truth to the world about the Holodomor of 1932-1933 as a genocide of the Ukrainian nation. “

Producer of the film Yegor Olesov added: “It is really a very strong, emotional and extremely important for today’s world, especially for our country, story. But the film posesses not only a powerful festival, but also a great audience potential. Waiting for the world premiere in Berlin and keeping our fingers crossed! “

The film about the Holodomor, which in the international version is called “Mr. Jones”, will be presented at the festival and will compete for the main prize – the Golden Bear. In Ukraine the film is expected to be in cinemas in the fall of 2019.