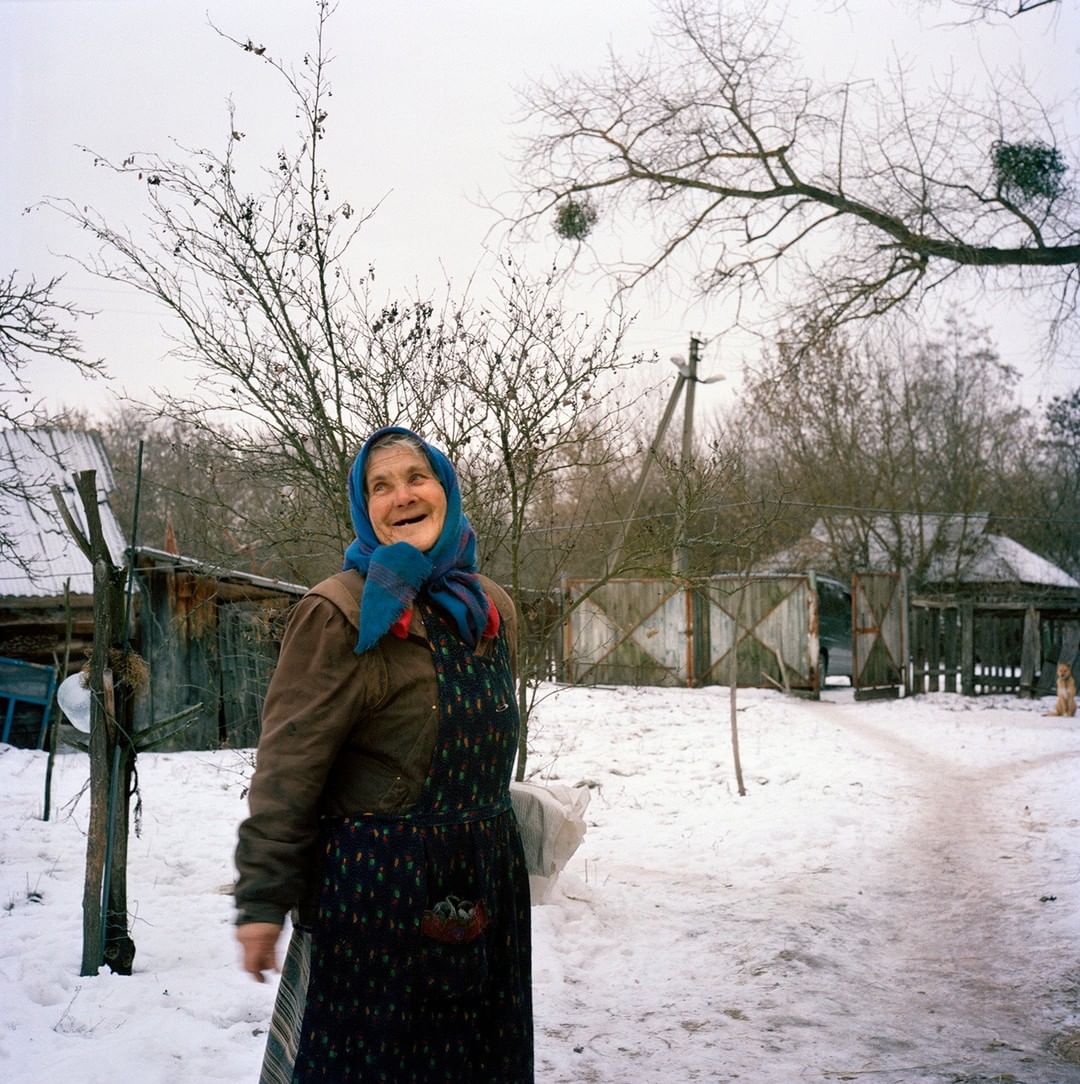 National Geographic Instagram page published a photo and a story of Ukrainian woman Anna Zavorotnya, who now lives in a village Kupovata near Chernobyl. The woman remembered the Holodomor.

Despite the difficult life (Holodomor, World War II, an explosion at the Chernobyl Nuclear Power Station), a woman in her 78 (at the time of the 2008 when photo was taken) looks joyful, and with such smile she was documented by Turkish photographer Reni Effendi, when she visited the area around Chernobyl to document the phenomenon of ‘self-settlers’.

Mrs. Anna told the photographer the story of her life, recalling that she was born in the worst year – 1932. From the stories she knows that miraculously managed to avoid cannibalism from the fellow villagers who tried to kill a 6-month-old infant because they were wandering from starvation. Stories about these horrible events were forever captivated in her memory: “I’m not afraid of radiation. I do not see it. But I am afraid of famine “.